The PIL was filed by Kunal Saha of People for Better Treatment. 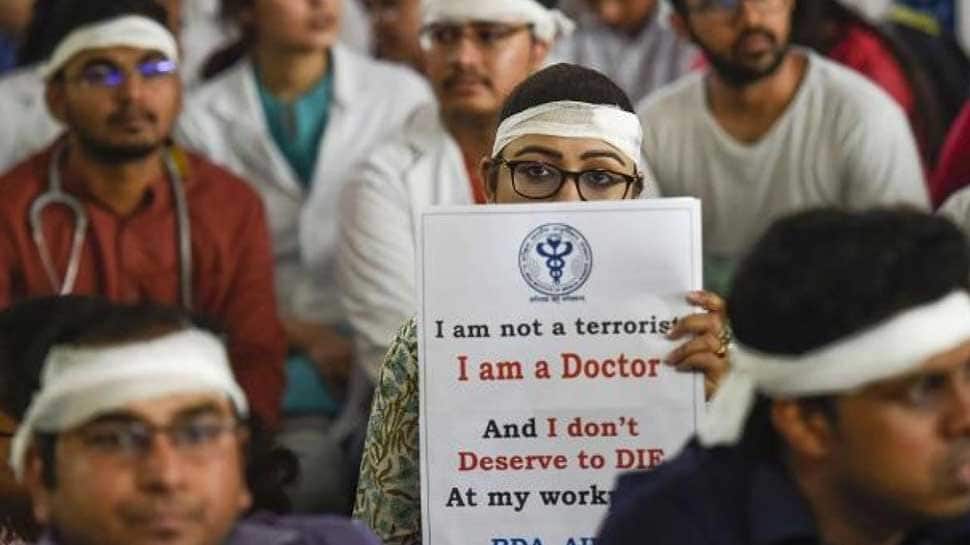 KOLKATA: As thousands of doctors continued with their day-long strike across the country, a PIL was filed in the Calcutta High Court on Friday seeking the court's intervention to declare the stir as ''illegal''.

The PIL was filed by Kunal Saha of People for Better Treatment.

The PIL sought that the doctors' ongoing strike be declared illegal and also asked for details of steps taken by the West Bengal government on the safety of doctors and to end their agitation.

Calcutta High Court on PIL of Kunal Saha of People for Better Treatment who seeks that the doctors' strike be declared illegal, sought details of what steps had been taken by West Bengal on attack on doctors & doctors' strike, by next Friday. Next hearing to take place next week.

Responding to the PIL, the High Court gave 7 days time to the Mamata Banerjee government to respond to it.

The order was passed by the division bench of the Calcutta High Court headed by Chief Justice TV Subramanium.

Earlier, taking note of the ongoing day-long strike by thousands of doctors across the country over violence against their colleagues in Kolkata, Union Health Minister Dr Harsh Vardhan appealed to West Bengal Chief Minister Mamata Banerjee to not make this ''a prestige issue.''

The Health Minister, who met a delegation of doctors from AIIMS and other top hospitals, reaffirmed that the Central government is committed to providing better working conditions and security to the doctors.

"I appeal with folded hands to West Bengal Chief Minister Mamata Banerjee to not make this an issue of prestige. Despite getting beaten so badly, doctors only asked her to provide them adequate security and take action against all those behind this as per the law. But, she didn't do this and gave an ultimatum to the doctors after which doctors of West Bengal and across the country got angry and went on strike. If the Chief Minister changes her attitude, then patients will not suffer across India," the Union Health Minister said.

Dr Harsh Vardhan further stated that he will write a letter to Mamata Banerjee in this regard and try to end the impasse at the earliest.

''I will also try to talk to her. I would like to assure all doctors that the government is committed to ensuring their safety,'' he said.

Dr Harsh Vardhan also made an appeal to the doctors to hold symbolic protests only and continue to carry out their duties.

The Union Minister said that he will also write a letter to all Chief Ministers and state Health Ministers regarding the safety of doctors in hospitals.

It may be noted that Mamata Banerjee has accused the BJP and the CPM of ''engineering the doctors' strike'' and playing "Hindu-Muslim politics".

Doctors in Kolkata have been on strike after two of their colleagues were attacked and seriously injured over an issue of alleged negligence at the NRS Medical College and Hospital in Kolkata on Tuesday.

Soon after, the protest was joined by various government and private medical institutions across India.

On Friday, healthcare services at private and government hospitals were badly hit in several states, including Delhi, Maharashtra, Bihar, UP, Rajasthan, Punjab, Kerala and Madhya Pradesh, as thousands of doctors went on strike for a day to express solidarity with their protesting colleagues who were attacked by a mob in Kolkata.

16 doctors from RG Kar Medical College, Kolkata also resigned in protest against the incident on Friday. The mass resignation of doctors is expected to continue on Friday over the Kolkata hospital incident.