Here's a quick look at the key pointers of PM Modi's speech on 73rd Independence Day: 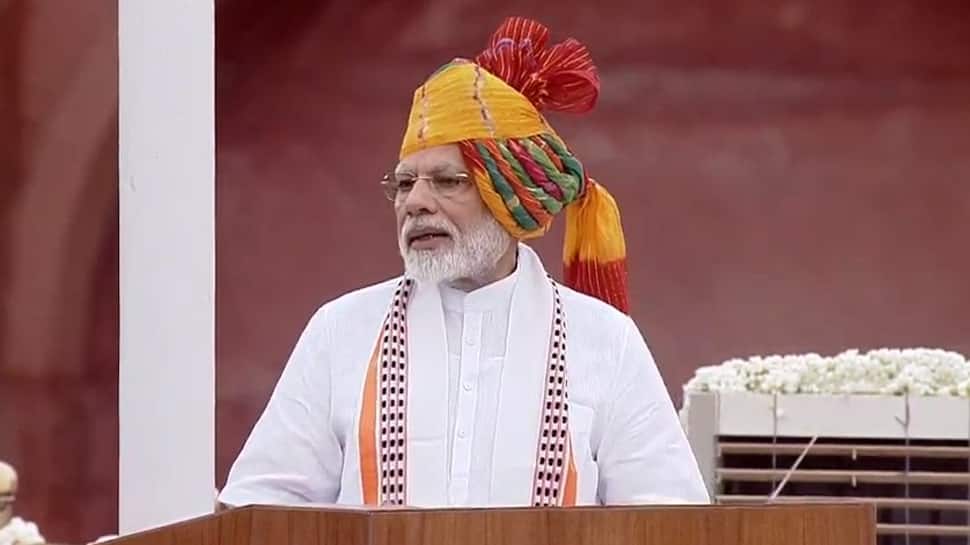 NEW DELHI: Delivering his sixth Independence Day speech from the ramparts of the Red Fort, Prime Minister Narendra Modi touched upon a range of subjects, beginning from the scrapping of Article 370 and triple talaq practices to advocating for population control and encouraging travel. One of the most monumental announcement was the formation of the Chief of Defence Staff (CDS) - the topmost defence officer of the country - to whom all the three service chiefs will report.

The Prime Minister announced the creation of Chief of Defence Staff (CDS) post to lead the three defence services. CDS will be the senior-most military-officer of the country who will the point-person for all defence-related matters to the Prime Minister of India. He also stressed that defence forces were the pride of the nation and must be equipped with the best weapon systems to ensure that they are ever-ready for all the challenges.

2. One Nation, One Election

PM Modi referred to the repeal of Jammu and Kashmir's special status quite a few times in his speech. "We do not believe in creating problems or dragging them. In less than 70 days of our new Government, Article 370 was revoked, and in both Houses of Parliament, 2/3rd of the members supported this move. The old system in Jammu, Kashmir and Ladakh led to corruption, nepotism but there was injustice when it came to rights of women, children, Dalits, tribal communities," he said.

Rights of Muslim women was another topic the Prime Minister touched on a few times during his speech. "Several Islamic countries did away with the obsolete Triple Talaq law long ago. Then why did it take us so long to repeal this? When we can do away with Sati, child marriages, then why not Triple Talaq. We guarantee the safety of our mothers and sister," said the PM.

Advocating for nuclear families and population control, PM said that those who follow "the policy of small family also contribute to the development of the nation, it is also a form of patriotism."

"Population explosion can create a lot of troubles for our future generations. But we have to admit that there's a certain section of people who think before the birth of the child. Will we be able to provide for the child, will be able to take care of them? Others should look at them for inspiration. There's a need for social awakening on this issue," he added

PM Modi announced that his government will spend Rs 3.5 lakh crore on its the `Jal Jeevan Mission` to give access to piped potable water to every rural household by 2024. He also stressed on the need to intensify efforts for water conservation

Addressing the upper-middle class, the Prime Minister asked them to travel more and visit at least 15 destinations across India by 2022.