Upon his arrival at the Male airport, the PM was accorded a red carpet welcome by the Government of The Maldives. 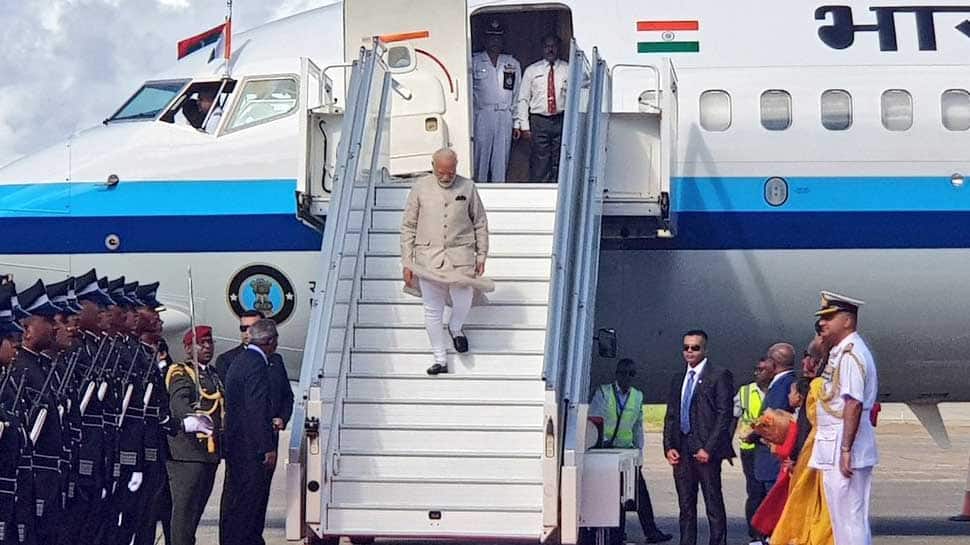 MALE: Prime Minister Narendra Modi arrived in the Island nation of Maldives on Saturday afternoon for a "historic" bilateral visit, his first after coming to power for a second consecutive term.

Upon his arrival at the Male airport, the PM was accorded a red carpet welcome by the Government of the Maldives.

Great Honour to receive PM Shri @narendramodi at Velana International Airport on his first State Visit overseas after taking oath for a second term. No doubt, this will be a momentous visit that would elevate #Maldives #India relationship to new heights. pic.twitter.com/iHVzaUdr4I

The streets in Male are decked up with flags of India and Maldives, to welcome PM Modi and his delegation.

During Solih`s visit to India in December, New Delhi had announced financial assistance of USD 1.4 billion to Male.

Meanwhile, the Maldives government has announced that it will confer its highest honour accorded to foreign dignitaries - Order of the Distinguished Rule of Nishan Izzuddeen - on Prime Minister Narendra Modi during his first bilateral visit on Saturday after being re-elected for a second term.

President @ibusolih has announced his decision to confer on PM of India H.E. @narendramodi the Maldives highest honour accorded to foreign dignitaries, “The Most Honourable Order of the Distinguished Rule of Nishan Izzuddeen” during PM’s visit today. Namaskar, Swagatham

Tired? Now avail massage services on board trains, thanks to Indian Railways