Kapil Sibal alleged that the PM was making statements without checking facts and urged him to be careful in future and verify before he stated things like he appeared for the Sunni Waqf Board before the Supreme Court in the Ayodhya case. 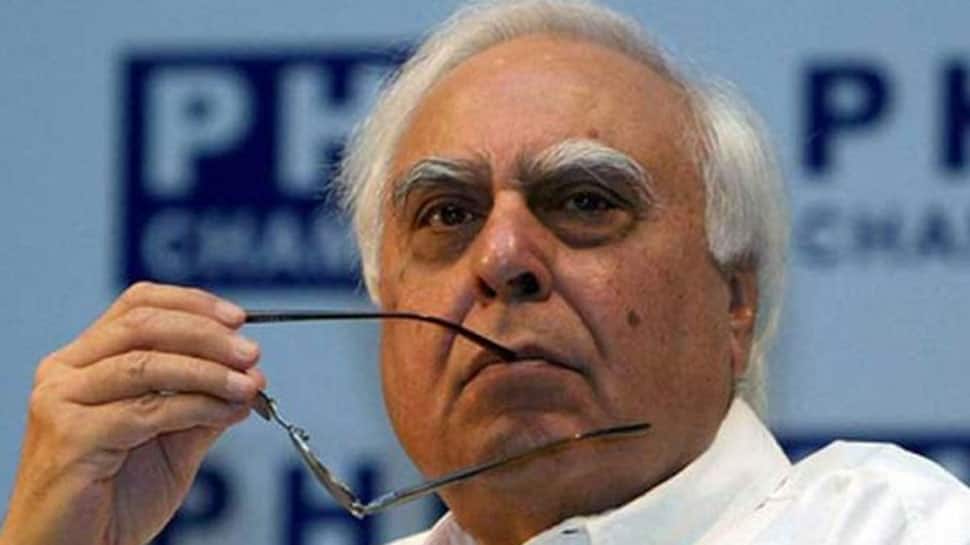 New Delhi: Congress leader Kapil Sibal on Thursday accused Prime Minister Narendra Modi of not caring about the country's future and being concerned only about electoral politics.

He also alleged that the prime minister was making statements without checking facts and urged him to be careful in future and verify before he stated things like he appeared for the Sunni Waqf Board before the Supreme Court in the Ayodhya case.

Sibal said he appeared for Mohd Iqbal Ansari, whose lawyer M R Shamshad had engaged him to appear for him, and not the Sunni Waqf Board.

Noting that the country is passing through "a difficult phase", the former union minister said the prime minister making a national issue of who he appears for as a lawyer in the Supreme Court "speaks only of his mindset and his priorities for the nation".

"I feel sad that we have a prime minister who doesn't care for the future of India but is only concerned with electoral politics.

"Let us unite rather than divide the country. Let us take it forward instead of pulling it back by making statements that do not behove the status of the office of the Prime Minister," he told reporters.

Alleging that the prime minister is given to making statements "without checking facts", which he repeated yesterday, he said, "He (PM) should have verified before making a statement that I appeared for the Sunni Waqf Board before the Supreme Court."

Sibal said he also should have verified whether Haji Mehboob, whom Modi thanked, is a member of the Sunni Waqf Board.

"It is also surprising that my appearing for a party in a court proceeding, which is my professional right, has eclipsed all other issues which are of immediate national concern. I don't think that I am important enough for the prime minister to make it a national issue as to who I appear for in court proceedings," he said.

Noting that the country is passing through a difficult phase, he said demonetisation "robbed" poor people of their legitimate money leading to loss of lives, livelihood and jobs, while GST "destroyed" businesses from which one is yet to recover.

"It impacted GDP and cost the economy over 3 lakh crore. This is actual and not presumptive loss," he said.

The prime minister, he said, must address the nation on the following national issues: farmers are committing suicide and agricultural output has gone down, exports have declined, the youth is jobless, textile workers are up in arms, the informal sector is in utter disarray and despair, education and healthcare need urgent attention.

He alleged that healthcare is inaccessible to the poor, people can't breathe in many cities in India.

"The people of Gujarat now realise that the Gujarat model of development has led to the poor getting poorer and the rich enjoying the benefits of BJP's policies. The prime minister's schemes have also not delivered. All these issues are not important for the prime minister. What is more important is who I appear for in a litigation," the former minister said.