PM Modi's response may be expected to take the fight to the opposition, especially over pressing for a no confidence motion that is extremely likely to fail. 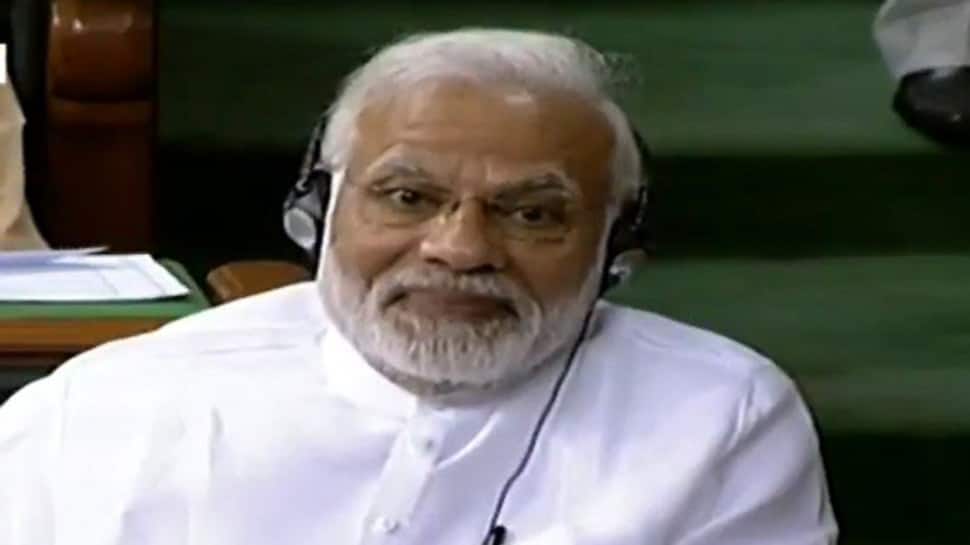 PM Modi responds to comments made by a member of the opposition during the debate on the no confidence motion in Lok Sabha. (Picture: Twitter/@ANI)
Share:
Written By:

NEW DELHI: Prime Minister Narendra Modi is scheduled to reply to the no confidence motion against his government that has been taken up by the Lok Sabha. His response may be expected to take on the criticism levelled against his government by Congress chief Rahul Gandhi earlier in what has turned out to be a rather dramatic day in Parliament's Monsoon Session.

PM Modi's response, which has been scheduled to begin around 9 pm, may be expected to take the fight to the opposition, especially over pressing for a no confidence motion that is extremely likely to fail. He may also choose to respond to the criticism levelled against him earlier in the day by Rahul Gandhi.

Rahul had attacked the Modi government on a number of fronts, from the seemingly unkept election promises and failure to create jobs to demonetisation, Modi's foreign trips and the alleged rise in the cost of the deal to purchase Rafale fighter jets from France.

The Congress chief had also surprised Modi by walking over to the treasury benches at the end of his speech to give the PM a hug and then going back to shake hands with him. Needless to say, this moment has hogged the attention. He then winked at his party colleagues after returning to his seat on the opposition benches.

The BJP had later announced that it would move a privilege motion against Rahul Gandhi.

The BJP-led government seems all set to sail through the floor test with ease, given that the BJP has a simple majority on its own. But the stage had been set for a number of issues to be raised at a high pitch. The matrix for the vote on the no confidence motion is anything but straight forward. The BJD had walked out of the House earlier in the day, and the Shiv Sena has said it would abstain from the vote.

This has changed the dynamic of the vote. Still, the BJP can be expected to sail through comfortably.

The no confidence motion has also been put forth by the Telugu Desam Party (TDP), which had quit the BJP-led National Democratic Alliance (NDA) in March over its demand for special economic status to be granted to Andhra Pradesh.