The visit comes at a time when both the countries are celebrating the 70th year of the establishment of diplomatic ties between India and Argentina. 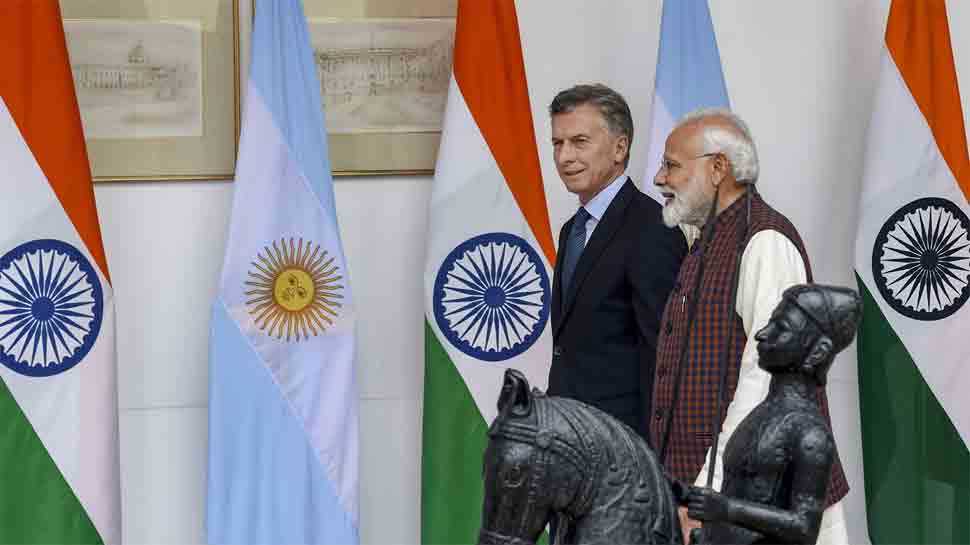 Speaking to media after the reception, Macri said, "I'm very glad to be in India. It's such a wonderful country. We have great expectations about the future of the relations between both countries. We have many things to develop together in favour of the future of our people."

Macri's visit to the country coincides with both the nations marking 70 years of the establishment of diplomatic relations between New Delhi and Buenos Aires.

The two leaders are expected to review the progress in bilateral ties and will explore new areas of co-operation. Several agreements are also expected to be signed after the talks. There may be some special declaration on Pulwama attacks by the President of Argentina during his India visit.

After the exchange of agreements, Macri is scheduled to address the plenary session of the India-Argentina Business Forum at Hotel Taj Mahal before meeting with President Kovind in the evening.

Macri is slated to leave for Mumbai on February 19, from where he will return to Argentina after wrapping up his official visit.

Modi met the Argentine President last year in Buenos Aires on the sidelines of G20 summit from November 30-December 1, 2018.

India will be hosting the G20 summit in 2022 and Argentina, which became the first Latin American country to host G20 last year, has assured its full support to New Delhi. "We are at the disposal of India to share any kind of and all the experience we have. Its the job you do in the whole year, the summit is just last expression. India will do it pretty well, you have a lot of experience. There will be no problem", Chuburu said.

The visit comes even as Venezuela has been the focus in South America. Argentina has recognized the opposition leader Juan Guaidóas the president. New Delhi has taken a cautious stand in the Venezuelan crisis since Caracas is the large oil exporter to India.