Prime Minister Narendra Modi will be visiting Sri Lanka on June 9, which would be his first foreign visit after assuming charge for the second term. 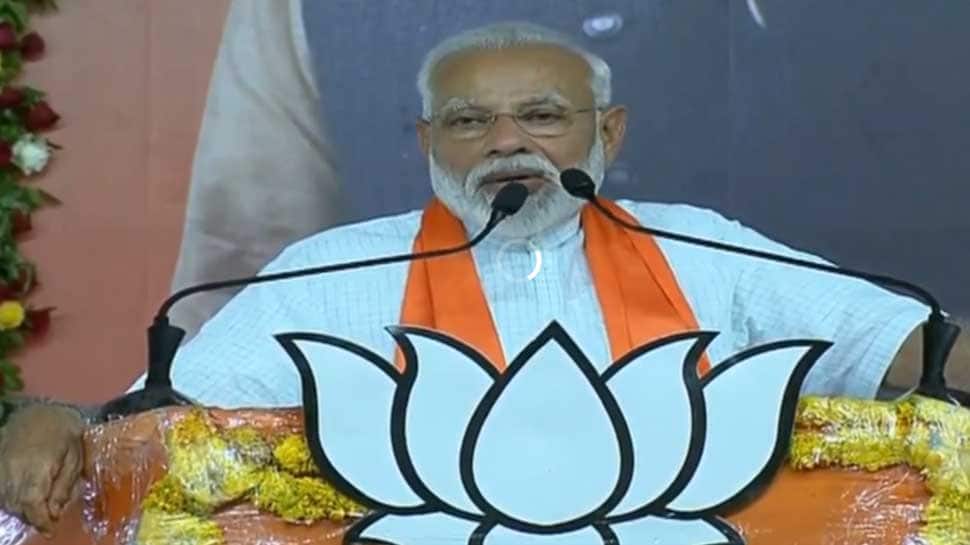 New Delhi: Prime Minister Narendra Modi will be visiting Sri Lanka on June 9, which would be his first foreign visit after assuming charge for the second term.

This has been confirmed by Sri Lankan President Maithripala Sirisena.

PM Modi will be going to the Maldives and Sri Lanka during his 2-day visit.

During the first term of his government, Prime Minister Narendra Modi visited the Island country twice, first in 2015 and then in 2017 when he was the Chief Guest at the International Day of Vesak celebrations in Sri Lanka.

Reacting to a question on the recently concluded Memorandum of Cooperation (MoC) between, India, Sri Lanka and Japan to develop the East Container Terminal (ECT) in Colombo port, Sirisena, said it is not an agreement, ''it is a memorandum of understanding in order to start a discussion about getting into an agreement" and through the discussion "Sri Lanka intends to come to an agreement which is economically and trade wise favourable to the island nation."

The development comes even as China has been trying to increase its influence in south Asia especially with the development of ports like Gwadar in Pakistan & Hambantota port in Sri Lanka. In 2017, unable to pay its debts, SriLanka handed over the Hambantota to China for a 99 year period lease.

On the recent terror attack in Sri Lanka on April 21 that killed more than 250 people, he said his govt was able to bring the situation to normal within 3 weeks.

He dismissed, reports of any of the 9 suicide bombers of Easter Sunday attack visiting India.

He said, "I have not received any reports which say that they have travelled to India. My officers have not reported any connection to India up to now"

India had provided intelligence to Sri Lanka on 4th April but the country failed to act on information. The President later removed the defence secretary and inspector general of police for failing to "inform him" about the intelligence.

The Sri Lankan President had a bilateral meeting with PM Modi on Friday during which the "leaders noted that terrorism and extremism continue to pose threat to humanity", a readout from ministry of external affairs said.

More MPs from West Bengal will be inducted in Narendra Modi govt: BJP