The Prime Minister also gave a clear message to China that the era of expansionism is over and "This is the age of development. If someone becomes stubborn for expansionism, then it creates danger for world peace." 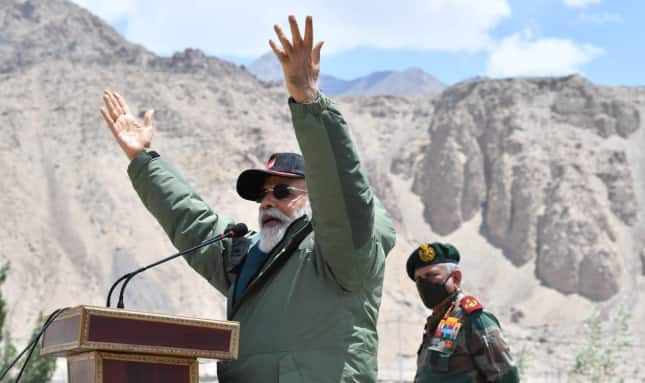 New Delhi: Prime Minister Narendra Modi's surprise visit to Ladakh on Friday (July 3) is seen as a strong message against China's aggressive posturing along the Line of Actual Control (LAC) in the region following the violent faceoff between India-China troops on June 15 night in the Galwan Vally.

The Prime Minister also gave a clear message to China that the era of expansionism is over and "This is the age of development. If someone becomes stubborn for expansionism, then it creates danger for world peace. History is witness that such forces have either been eliminated or forced to turn back."

Other connotations of his surprise visit to Ladakh are: 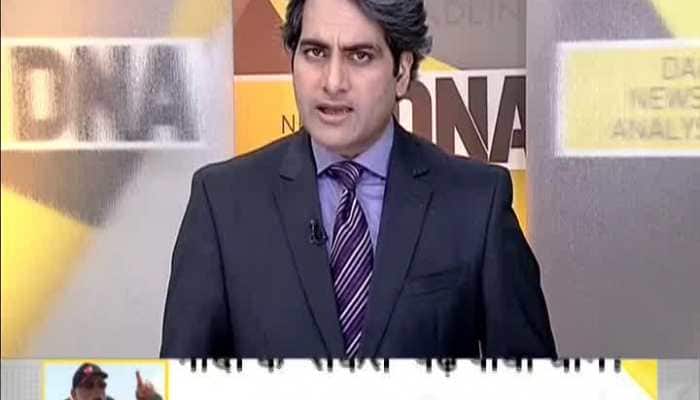 The Prime Minister has given a very strong message to China that India is very serious about this border dispute and it will neither take it lightly nor bow down to China.

Secondly, Prime Minister Modi has also shown that he is confident of India's victory. When a towering leader is confident of his victory, then only he takes such a big step. It can also be said that the Prime Minister has made the fight against China his individual battle, the reason, he himself visited the front and stood with the Indian Army.

The third meaning of PM Modi's move can be understood as increasing psychological pressure on China and its People's Liberation Army (PLA). The Prime Minister belongs to that crop leadership who gives the highest regards to soldiers and always appreciates their martyrdom and valour. Whereas Chinese President Xi Jinping is notorious for not honouring their soldiers.
China has lied on the death of his soldiers killed in the Galwan Valley and this has apparently broken the morale of the Chinese army. Prime Minister Modi's meeting with Indian soldiers in Ladakh will no doubt further hurt the morale of the PLA, besides giving a jolt to China. This may increase the difficulties of Xi Jinping who would have to face the wrath of Chinese soldiers.

On the contrary, Prime Minister Narendra Modi's address to soldiers will be recorded in the pages of history, because it is not a common incident for any head of the state to stand on the border and warn a country like China. No other global leader could have done this.

2. Secondly, the Prime Minister also extolled bravery saying that "peace comes only with valour. A weak person can never initiate peace." In a subtle way, he also gave a message to the world that China cannot be fought with fear.

3. Thirdly, the Prime Minister directly challenged China's expansionist policy, adding "The era of expansionism has ended. This is the age of development. If someone becomes stubborn for expansionism, then it creates danger for world peace. History is witness that such forces have either been eliminated or forced to turn back. The entire world has made up its mind against expansionism."

In his half an hour speech, the prime minister also said that in the last few years, several steps have been taken for the wellbeing of India's armed forces and to further strengthen India's security preparedness.

China, however, responded to PM Modi's speech in Ladakh, wherein he stated that the "age of expansionism is over", and said that it is "groundless" to view the country as "expansionist".

Chinese Embassy spokesperson in India tweeted, "China has demarcated boundary with 12 of its 14 neighbouring countries through peaceful negotiations, turning land borders into bonds of friendly cooperation. It`s groundless to view China as "expansionist", exaggerate & fabricate its disputes with neighbours."