Prime Minister Narendra Modi on Tuesday extended the PM Garib Kalyan Anna Yojana for further five months till November-end. During his sixth address to the nation, PM Modi said that the government will keep providing free foodgrains to the poor section of the society due to the increased need during the festivals. 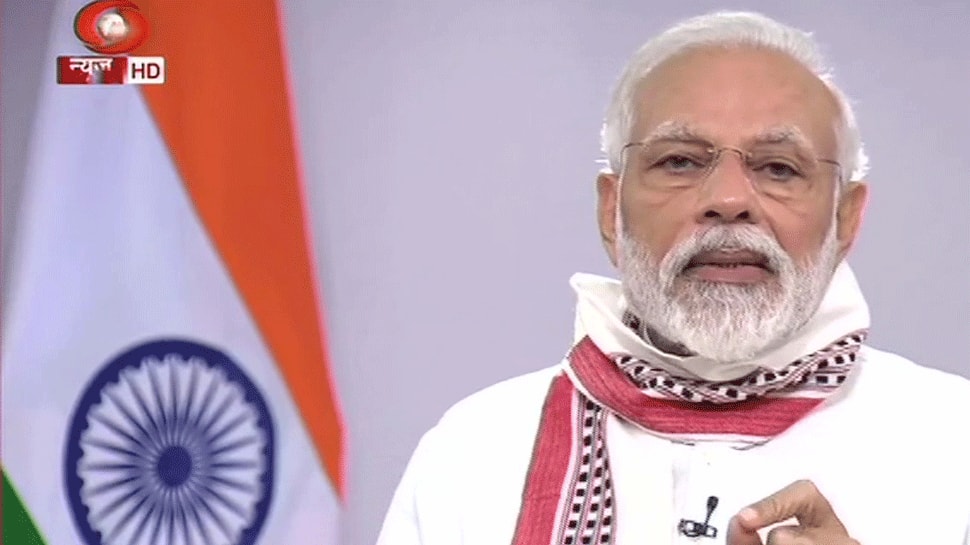 NEW DELHI: Prime Minister Narendra Modi on Tuesday extended the PM Garib Kalyan Anna Yojana for further five months till November-end. During his sixth address to the nation, PM Modi said that the NDA government will keep providing free foodgrains to the poor section of the society due to the increased need during the festivals.

He added said that over 80 crore people will get free food grain till Diwali and Chhath pooja. The PM further said that the government will incur the expenditure of Rs  90,000 crore to provide free foodgrains to the poor.

"We have more work during and after the rainy season, mainly in the agriculture sector. There is a slight slowness in other sectors. gradually, the atmosphere of festivals starts to build from July. This time of festivals also increases the needs, the expenses also. Keeping all these things in mind, it has been decided that the Pradhan Mantri Garib Kalyan Anna Yojana should now be extended till Diwali and Chhath Puja, that is, by the end of November," PM Modi said.

The package announced by the government aimed at helping the industry, middle class, micro, small and medium enterprises and the large industries. PM Modi had said that the package focusses on land, labour, liquidity and law, while helping small business, labourers, and farmers.

The scheme has benefited as many as 80 crore people to get free rations during the crucial lockdown months. This scheme entails the distribution of 5 kg of wheat or rice to each family every month.

Simultaneously, the government has also launched Pradhan Mantri Garib Kalyan Rojgar Abhiyaan to provide employment to labourers in rural areas. Government is spending Rs. 50,000 crore on the scheme, according to an announcement by PM Modi.

The Pradhan Mantri Garib Kalyan Yojana (PMGKY) was launched by the Government of India in 2016. Under this scheme, the income taxpayers are given an opportunity to forgo prosecution by declaring their illegal money and paying a 50% penalty on their unaccounted incomes.

Safai karamcharis, ward-boys, nurses, ASHA workers, paramedics, technicians, doctors and specialists and other health workers would be covered by a Special insurance Scheme.

Any health professional, who while treating Covid-19 patients, meet with some accident, then he/she would be compensated with an amount of Rs 50 lakh under the scheme.

All government health centres, wellness centres and hospitals of Centre as well as States would be covered under this scheme  approximately 22 lakh health workers would be provided insurance cover to fight this pandemic.

Government of India would not allow anybody, especially any poor family, to suffer on account of non-availability of foodgrains due to disruption in the next three months.

80 crore individuals, i.e, roughly two-thirds of India’s population would be covered under this scheme.

Each one of them would be provided double of their current entitlement over next three months. This additionality would be free of cost.

To ensure adequate availability of protein to all the above mentioned individuals, 1 kg per family, would be provided pulses according to regional preferences for next three months.

These pulses would be provided free of cost by the Government of India.

It would cover 8.7 crore farmers

A total of 20.40 crores PMJDY women account-holders would be given an ex-gratia of Rs 500 per month for next three months.

Under PM Garib Kalyan Yojana, gas cylinders, free of cost, would be provided to 8 crore poor families for the next three months.

Wage-earners below Rs 15,000 per month in businesses having less than 100 workers are at risk of losing their employment.

Under this package, the government proposes to pay 24 percent of their monthly wages into their PF accounts for next three months.

This would prevent disruption in their employment.

Support for senior citizens (above 60 years), widows and Divyang:

There are around 3 crore aged widows and people in Divyang category who are vulnerable due to economic disruption caused by COVID-19.

Government will give them Rs 1,000 to tide over difficulties during next three months.

Under PM Garib Kalyan Yojana, MNREGA wages would be increased by Rs 20 with effect from 1 April, 2020.

Wage increase under MNREGA will provide an additional Rs 2,000 benefit annually to a worker.

This will benefit approximately 13.62 crore families.

Limit of collateral free lending would be increased from Rs 10 to Rs 20 lakhs.

Employees’ Provident Fund Regulations will be amended to include Pandemic as the reason to allow non-refundable advance of 75 percent of the amount or three months of the wages, whichever is lower, from their accounts.

Families of four crore workers registered under EPF can take benefit of this window.

Welfare Fund for Building and Other Constructions Workers has been created under a Central Government Act.

There are around 3.5 Crore registered workers in the Fund.

State Governments will be given directions to utilise this fund to provide assistance and support to these workers to protect them against economic disruptions.

The State Government will be asked to utilise the funds available under District Mineral Fund (DMF) for supplementing and augmenting facilities of medical testing, screening and other requirements in connection with preventing the spread of CVID-19 pandemic as well as treating the patients affected with this pandemic.