Opposition parties staged a walkout over their demand for Prime Minister's response on "statement of US President Trump that PM Modi had asked him to mediate in Kashmir issue." 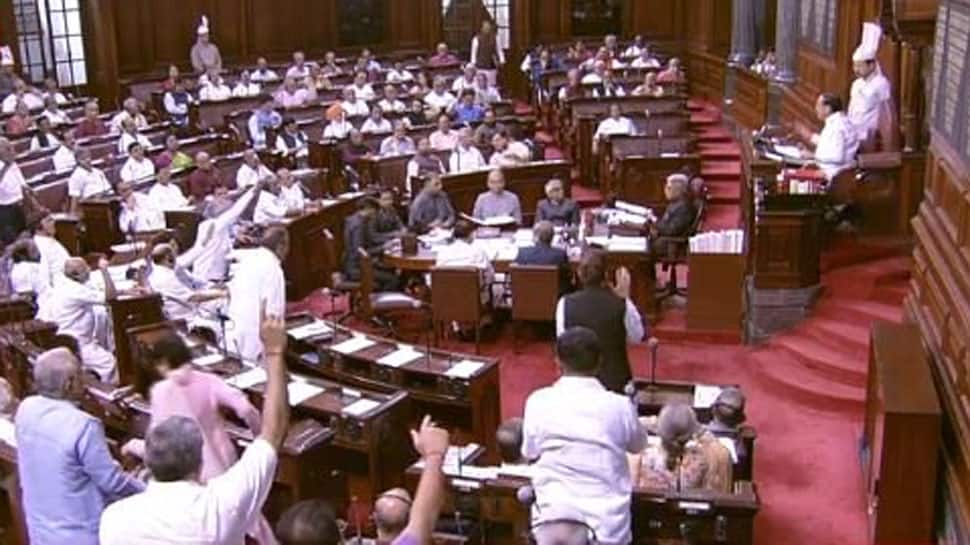 NEW DELHI: A major furor arose in the upper and lower houses of Parliament over US President Trump's claim that PM Modi had asked him to mediate in Kashmir issue. Chants of “Pradhan Mantri, jawab do, jawab do” echoed on the floor, with opposition parties staging a walkout from the Lok Sabha and demanding PM Modi's statement on the matter.

“President Trump had said that when they (PM Modi-President Trump) met in Osaka, PM asked him 'why don't you mediate in Kashmir?'. He said PM invited him to intervene. We would like to demand that the PM comes to the House and clarifies if such a conversation took place between the two. If it didn't, he should say that the US President is giving false statements and is lying about Kashmir," said Congress' Manish Tewari in Lok Sabha.

Several members of the Opposition told Zee News that it "will not settle for a statement from the External Affairs Minister, the PM will have to come to the house and make a statement on it to clarify. No other minister’s statement on it will be acceptable."

During a press brief alongside Pakistan PM Imran Khan, US President Trump made a stunning claim that PM Modi asked him to “mediate” in the longstanding dispute between Pakistan and India over the Kashmir on Monday. India immediately rejected it, with Foreign Ministry spokesperson Raveesh Kumar strongly denying the claim and asserted that "no such request has been made" by PM Modi.

In an effort to diffuse the situation, EAM Jaishankar told both the Lok Sabha and Rajya Sabha, "I assure the house categorically that no such request has been made by PM to the US President. I also reiterate that it has been India’s consistent position that all outstanding issues with Pakistan are discussed bilaterally. Any engagement with Pakistan would require an end to cross-border terrorism.”

"The Shimla Agreement and the Lahore declaration provide the basis to resolve all issues between India & Pakistan bilaterally," added EAM.

Even as opposition parties in India attempted to corner PM Modi-led NDA government over the issue, the US administration went in damage control mode, calling the issue a “bilateral” one between India and Pakistan. A statement released by US State Department read, “Kashmir is a bilateral issue for both India and Pakistan to discuss”. The spokesperson, however, added that “The Trump administration welcomes Pakistan and India sitting down and the United States stands ready to assist”.

The US, however, reiterated that “foundation for any successful dialogue” between the nuclear-armed neighbours is based on “Pakistan taking sustained and irreversible steps against terrorists in its territory”

US Congressman Brad Sherman reacted on Trump's claim and said that everyone who is aware of South Asia's foreign policy knows that India has always opposed the mediation by any third-party in Kashmir. "Everyone who knows anything about foreign policy in South Asia knows that India consistently opposes third-party mediation in Kashmir," Sherman tweeted.