Government sources said that about one crore farmers will receive the first instalment of Rs 2,000 on Sunday. 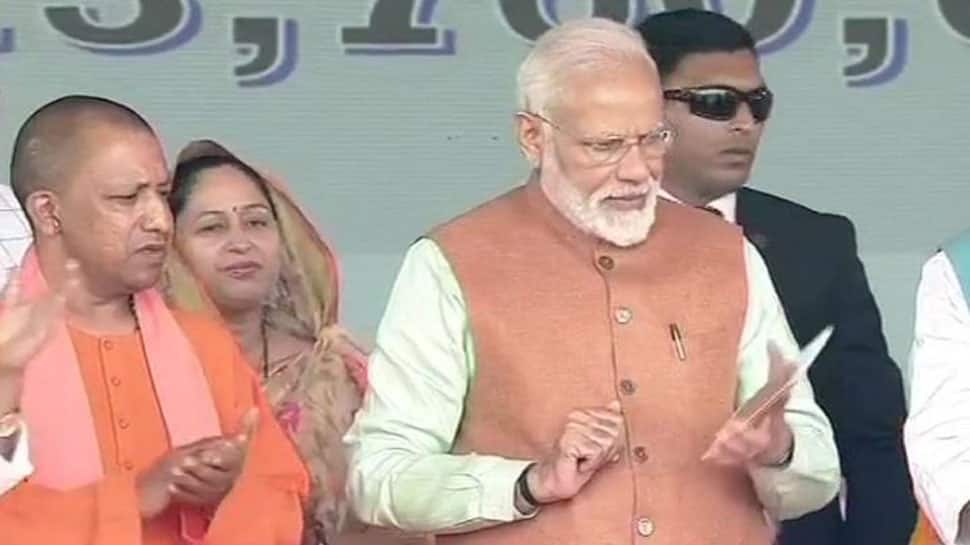 The scheme, which is dubbed as gamechanger by many, proposes to give Rs 6,000 to around 12 crores farmers across the country in three instalments annually.

Before launching the scheme, Prime Minister said that today is a historic day as the implementation of this scheme will wings to the aspirations of farmers of the country.

He said that the launch of the scheme shows that BJP-led government at the Centre is committed to work for the welfare of the farmers. The scheme will benefit all those farmers  who hold up to two hectares of land. The scheme was announced by Finance Minister Piyush Goyal when he presented the Interim Budget on February 1. The scheme will be rolled out at a cost of Rs 75,000 crore annually.

Government sources said that about one crore farmers will receive the first instalment of Rs 2,000 on Sunday.

The Prime Minister also handed over certificates under the PM-KISAN scheme to some farmers. He also interacted with some beneficiaries of the scheme through video conferencing.

"The PM-KISAN scheme aims to supplement the financial needs of small and marginal farmers in procuring various inputs to ensure proper crop health and appropriate yields, commensurate with the anticipated farm income at the end of each crop cycle. This would also protect them from falling in the clutches of moneylenders for meeting such expenses and ensure their continuance in farming activities," said a government statement.

The PM-KISAN scheme, which is funded by the central government, became effective on December 1, 2018 for transfer of benefit to eligible beneficiaries. "The state governments and the UT administration will identify the farmer families, which are eligible for support as per scheme guidelines," added the government statement.