In a massive blunder that caused major embarrassment for the Congress party, one of its leaders mistakenly hailed Bollywood actress Priyanka Chopra instead of party general secretary Priyanka Gandhi Vadra at a public rally. 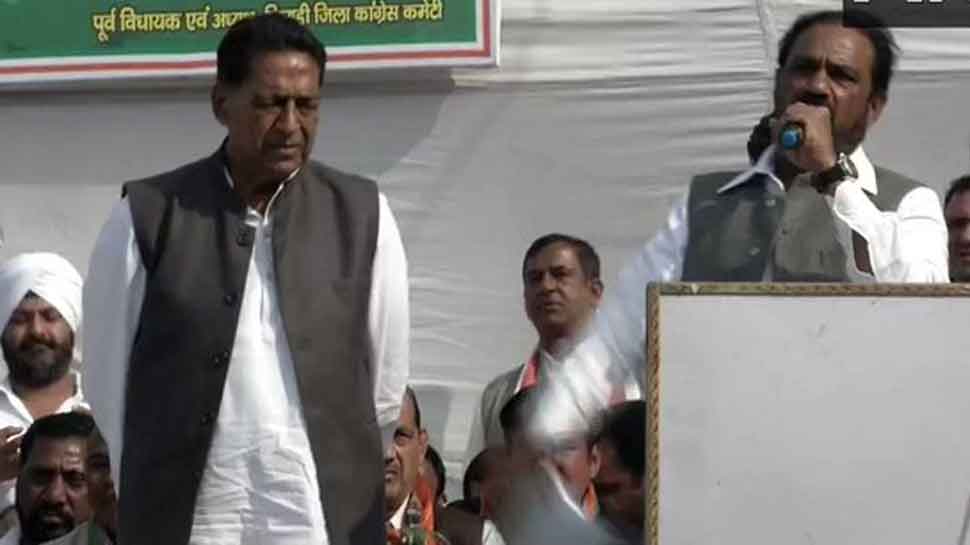 NEW DELHI: In a massive blunder that caused major embarrassment for the Congress party, one of its leaders mistakenly hailed Bollywood actress Priyanka Chopra instead of party general secretary Priyanka Gandhi Vadra at a public rally.

A video showing of party leader Surender Kumar wherein he can be seen mixing up the two names has gone viral on social media, inspiring a flood of memes and trolling.

Priyanka Chopra became a trend for all wrong reasons on Sunday as thousands of tweets poured in after the video surfaced online.

Interestingly, Congress' Delhi unit chief Subhash Chopra, who was also present on the stage with Kumar, can be been in the video taken aback by Kumar's erroneous sloganeering and turning to look at him in surprise.

The Congress was trolled on Twitter soon after the video was shared.

"That guy looked pleasantly shocked to hear the prospects of Priyanka Chopra joining the party, said a Twitter user while another one said, "Never knew that @priyankachopra was a member of @INCIndia. Shocked!"

Nick Jonas to the guy with the mic - pic.twitter.com/RS7jLLyTo5

Surender Kumar is a three-time MLA from Delhi's Bawana constituency from Congress.