ISRO is set to launch PSLV-C 46 from Sriharikota in Nellore district of Andhra Pradesh on Wednesday. 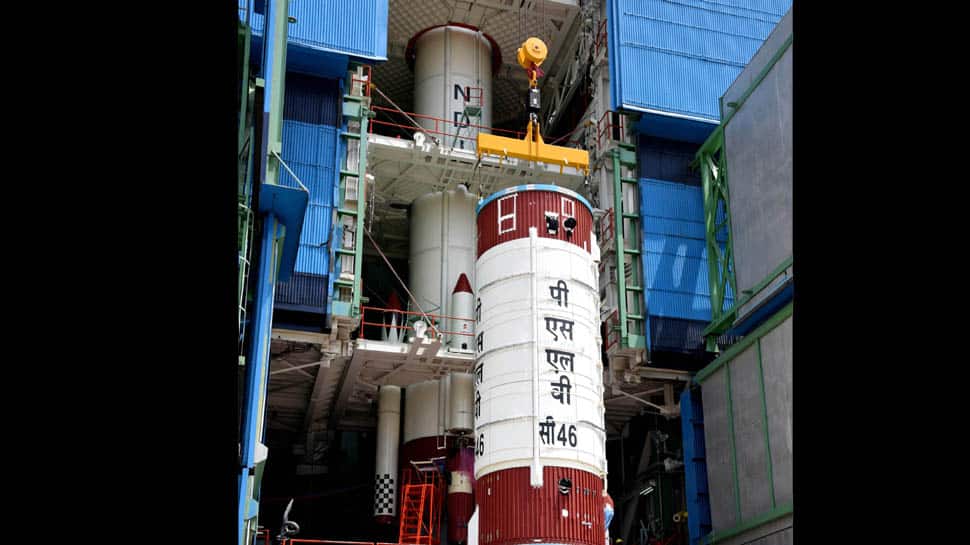 TIRUMALAI: Indian Space Research Organisation (ISRO) Chairman K Sivan on Tuesday said that PSLV-C 46 satellite, which will be launched on Wednesday, will focus on the movements of terrorists in border areas. Sivan added that the satellite will help the security forces wipe out terrorism from the country by helping them spot the hideouts of the terrorists near border areas.

"The rocket will take RISAT 2 BR 1 satellite into space. The satellite will focus on terrorists` movements and their hideouts in the borders," ISRO chairman was quoted as saying by ANI. Sivan added that PSLV-C 46 satellite's life span is five years. He added that the Bengaluru-based ISRO is also focused on launching Chandrayan 2 in July next year.

The country's premier space agency is set to launch PSLV-C 46 from Sriharikota in Nellore district of Andhra Pradesh on Wednesday. Sivan visited Lord Venkateshwara temple in Tirupati on Tuesday with model of PSLV-C 46 and special 'pooja' was performed by Tirumala temple authorities for success of mission.

It may be recalled that few days ago, ISRO had announced RISAT-2B, a radar imaging earth observation satellite, will be launched by PSLV-C46 on May 22. The launch will take place from Satish Dhawan Space Centre in Sriharikota, Andhra Pradesh, at 5.27 am IST, subject to weather condition. "PSLV-C46 set to launch RISAT-2B from Satish Dhawan Space Centre in Sriharikota at 0527 Hrs IST on May 22, 2019, subject to weather conditions," ISRO had tweeted.

PSLV-C46 is the 48th mission of PSLV. It will launch RISAT-2B from the First Launch Pad (FLP) of SDSC. According to ISRO, PSLV-C46 is the 14th flight of PSLV in 'core-alone' configuration (without the use of solid strap-on motors). This will be the 72nd launch vehicle mission from SDSC SHAR, Sriharikota and 36th launch from the First Launchpad. RISAT-2B will be placed into an orbit of 555 km at an inclination of 37 degrees.