It is learnt that Rahul, in a meeting with Congress MPs in Parliament, said he remains firm in his decision to not continue as party president. 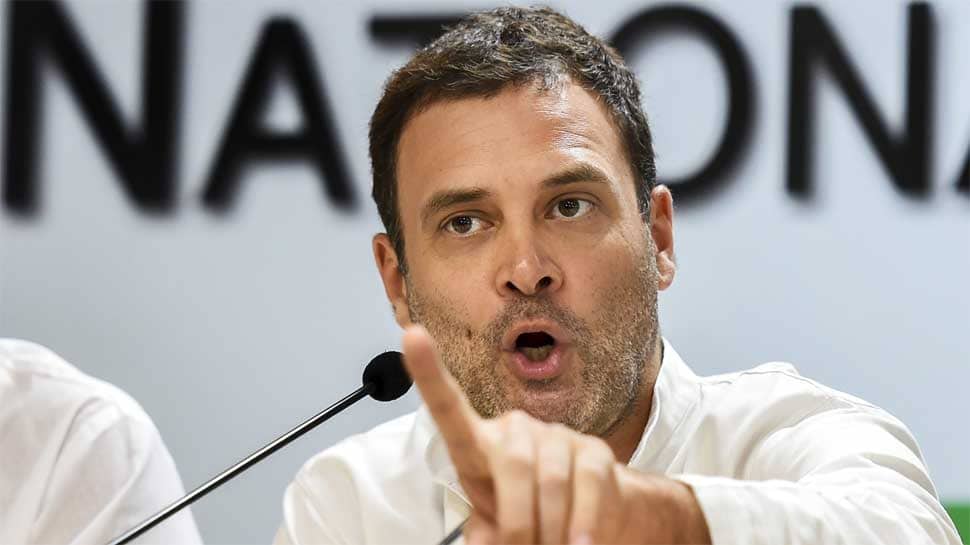 New Delhi: Rahul Gandhi has once again expressed his intention of stepping down from the post of Congress president, on Wednesday.

It is learnt that Rahul, in a meeting with Congress MPs in Parliament, said he remains firm in his decision to not continue as party president. There has been much speculation, deliberations and debate over his decision in the aftermath of Congress' drubbing in Lok Sabha election 2019. Congress secured wins in just 52 seats while Rahul lost in his family bastion of Amethi to BJP's Smriti Irani.

Rahul has had to face enormous flak as he led the Congress' campaign in the election. Many party leaders and workers, however, have implored him to reconsider his decision to step aside.

Meanwhile, there were reports last week that Rajasthan CM Ashok Gehlot could take over if Rahul remained adamant to step down. Sources within the party said that many top leaders, as well as the Gandhi family, favours Gehlot if and when Rahul resigns as party president. (Full report here)

A party often accused of being dynasty-oriented, Congress has appeared determined to keep Rahul at the helm despite its political fortunes nosediving in recent years. Besides being unable to revive the party, Rahul has also courted a plethora of controversies - his most-recent being a tweet on Yoga Day that was slammed for being unpatriotic.