The PM who was in Amethi on Sunday laid the foundation stone of a manufacturing unit for AK-203 rifles. 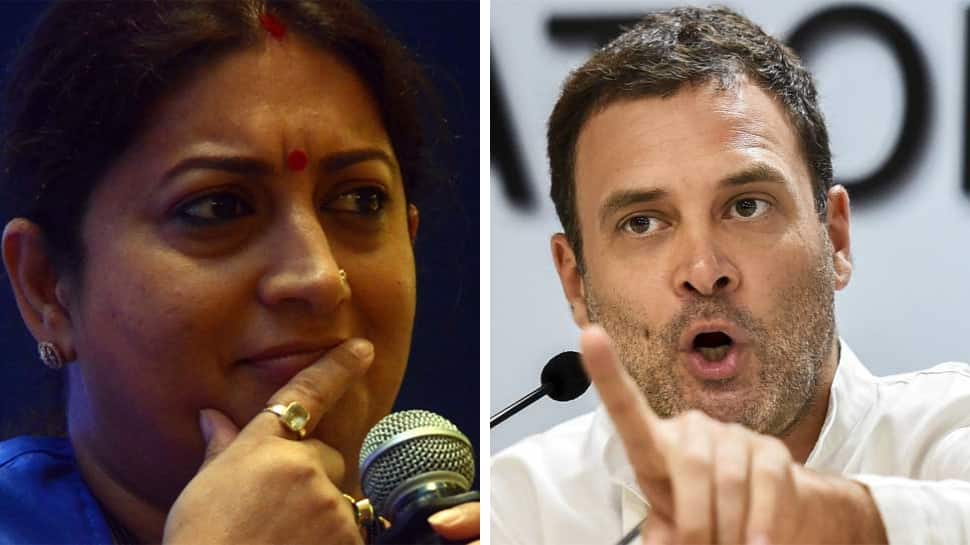 AMETHI: Union Textile Minister Smriti Irani on Sunday accused Congress president Rahul Gandhi of being afraid of development in his own Lok Sabha constituency Amethi. She made the accusation after Rahul had alleged that Prime Minister Narendra Modi was 'lying' about inaugurating an ordnance unit and claimed that he had himself laid the foundation stone of the factory in 2010.

Responding to Rahul's accusation, Smriti tweeted in Hindi that the Congress chief is so scared to see development in Amethi, that he did not see that what was inaugurated in Korwa was a JV. She said that under the agreement between India and Russia, AK-203 rifles will be manufactured.

Prime minister ji, I had myself laid the foundation stone of the Ordinance factory in Amethi in 2010. In the last many years, small weapons are being manufactured there. You went to Amethi yesterday and spoke a lie, which you are used to doing. Are you not ashamed a bit, he asked in a tweet in Hindi.

While speaking in Amethi, Modi without naming Rahul had taken a jibe at him saying, "some people go around giving speeches of 'made in Ujjain', 'made in Jaipur', 'made in Jaisalmer'... This is Modi. Now 'Made in Amethi' will be AK-203 rifles. It will help our jawans."