Rains in parts of Delhi, more likely on Saturday: IMD

The weather department has predicted generally cloudy sky with light to moderate rains on Saturday. 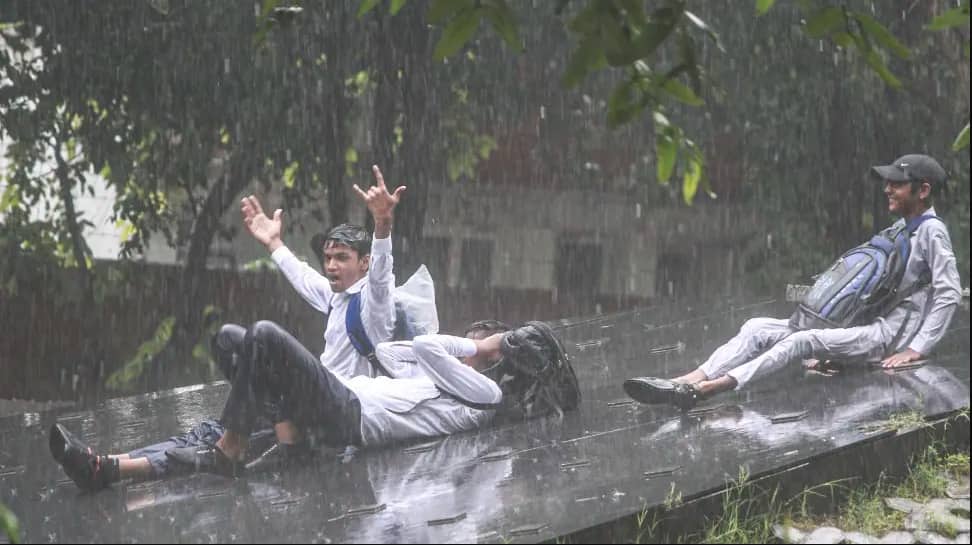 According to IMD officials, the Safdarjung Observatory, considered the official marker for the city, recorded 4.1 mm of rainfall between 8:30 am and 5:30 pm on Friday. The weather stations at Ridge, Lodi Road and Ayanagar gauged 2 mm, 11 mm and 11.8 mm precipitation, respectively.

The weather department has predicted generally cloudy sky with light to moderate rains on Saturday.

Delhi's September rainfall has already breached the 400-mm mark. At 413.3 mm till Friday evening, it is the maximum rainfall recorded in the month since 417.3 mm in September 1944, officials said.

The monsoon this year has yielded a bounteous 1,169.7 mm of rainfall in Delhi till Friday evening, the highest since 1964 and the third-highest since the data has been maintained by the IMD.

The relative humidity was recorded at 77 per cent at 5.30 pm, the weather office said.

The air quality index was recorded in the 'satisfactory' category at 65 at 6 pm, real time data of the Central Pollution Control Board (CPCB) showed.

Tamil Nadu: 1 sentenced to death, 12 others get life imprisonment in 2003 honour killing case