PM said that the decision to implement India's Constitution in totality in Jammu and Kashmir wasn't the decision of a government alone, it's the disclosure of sentiments of 130 crore Indians. 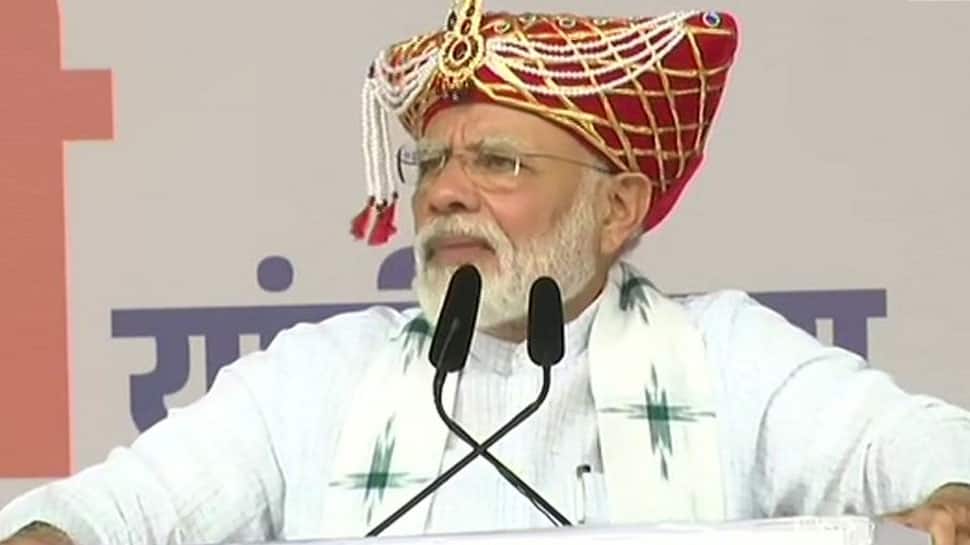 NASHIK: Blaming the Congress for the plight of Kashmiris for decades, Prime Minister Narendra Modi on Thursday urged the countrymen to make efforts to fulfil the dreams of people of Jammu and Kashmir and create a "new paradise" in the Valley. ''This decision is for the unity of India. This decision is going to be the medium of fulfilling the aspirations and dreams of the people of Jammu and Kashmir,'' the PM said while addressing a public rally in Maharashtra's Nashik.

During his speech, the PM said that the decision to implement India's Constitution in totality in Jammu-Kashmir wasn't the decision of a government alone, it's the disclosure of sentiments of 130 crore Indians.

''This decision is to bring out people of Jammu and Kashmir and Ladakh from violence, terrorism, separatism, corruption,'' the PM said adding, ''The whole country can feel that in the covers of this decision (Article 370), efforts are being done from across the border to spread to unrest and disbelief. A lot of efforts are being done to fuel violence in Jammu and Kashmir.''

''But the youth, mothers and sisters in Jammu & Kashmir have made up their mind to come out of the long period of violence. They want development and new employment opportunities,'' the PM added.

The PM added, ''We had promised that we will make new efforts to curb the problems in Jammu and Kashmir and Ladakh. Today, I can say with satisfaction that the country has started walking towards fulfilling those dreams.''

Launching the BJP's poll campaign for next month's assembly election in Maharashtra, PM Modi also said a lot of efforts are being made from across the border to foment violence in Jammu and Kashmir.

"We have to create a new paradise (in Kashmir)... hug each Kashmiri," he said.

Attacking Congress and NCP over their stand on Kashmir, PM Modi said that the statements of their leaders were being used by enemy countries at the international forums against India.

"It is sad to see how senior leaders of Congress and NCP have not supported us. I can understand Congress' confusion. But Sharad Pawar? Why is he talking like this? He says he likes Pakistan. This disheartens me," he said.

Previous Congress governments didn't sanction bullet-proof jacket for our brave soldiers, PM Modi said adding, ''even the decision on Chief of Defence Staff was dragged on for decades.''

With a stalemate on seat-sharing talks between the Shiv Sena and the BJP the tone of the Prime Minister's speech also set the tone of the campaign in Maharashtra which has elections scheduled next month.

Referring to a flurry of statements on the construction of Ram temple, the PM said that he was ''astonished where did these 'bayan bahadur' come from?''

''In last 2-3 weeks, some 'bayan bahadur', some outspoken people have started speaking nonsense on Ram temple. It's necessary to have respect for Supreme Court, the matter is sub-judice there, all parties in are presenting their case and SC is listening to them,'' the PM said.

On criticism that his government's programme to vaccinate 50 crore livestock was a ''political move,'' the PM said, "Cattle don't vote."