The success of Chandrayaan 2 mission will make India only the fourth country after the USA, Russia and China to land on the Moon. 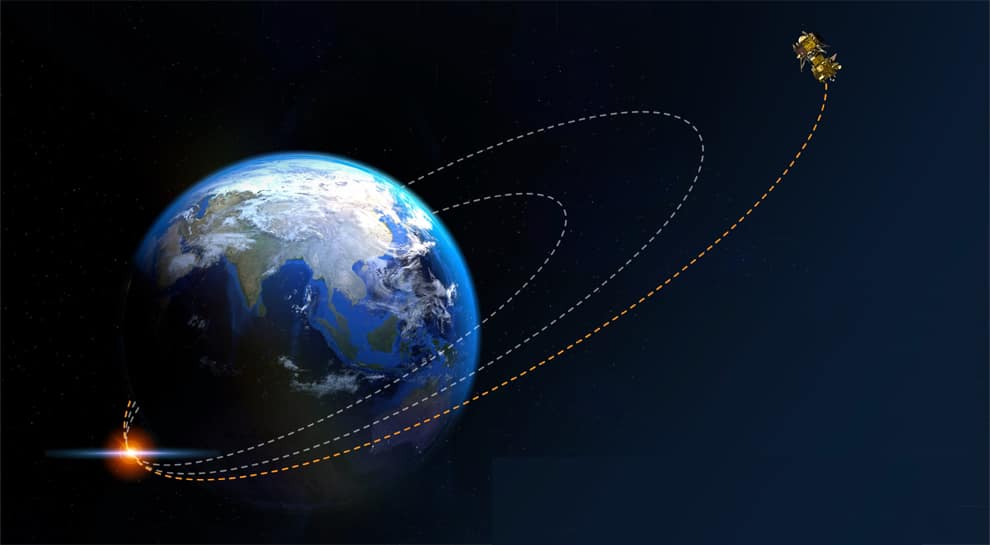 Chandrayaan-2's Vikram Lander was just 2.1 kilometres away from making history when it lost contact with the Indian Space Research Organisation Mission Control Centre. The descent was progressing smoothly till 13 minutes when Vikram started to deviate from its planned path and about 12 seconds before touch down on Moon, ISRO scientists started to look nervous as Prime Minister Narendra Modi watched the spacecraft's progress on a large screen.

Even as entire India prayed for some good news early Saturday morning, a dejected ISRO chairperson K Sivan announced that contact with Vikram was lost. Replying to a query that whether Vikram Lander has crashed, Deviprasad Karnik, a scientist at ISRO said that data is being analysed and ISRO does not have any result yet. Karnik added that it takes time to analyse the data and ISRO is not sure about the fate of Vikram Lander.

Here are some important numbers from the Chandrayaan-2 mission of Indian Space Research Organisation (ISRO):

This is the total cost of Chandrayaan-2 mission. The total cost includes Rs 603 crore mission cost and Rs 375 crore for its launch – the cost of GSLV MK III rocket.

The approximate speed of Vikram lander during its descent towards the Moon will be 21,600 (km/h). The lander, which is carrying the Pragyan orbiter, will move at a speed of about 6 km per second but it will slow down to 7 km/h in the last stage.

The distance which will be covered by Pragyan on the surface of Moon over a period of 14 Earth days. Pragyan, which is a six-wheel rover will move at a speed of 1 centimetre per second. Pragyan will use a spectrometer and spectroscope to analyse the elemental and mineral composition of the lunar surface.

The success rate of landing missions on the surface of moon. Only 38 successful soft-landing missions have been done on the Moon to date. Chandrayaan-1 reached the orbit of the Moon in 2008.

The vertical distance which will be required by Vikram to cover from its nearest point in its current orbit to reach the surface of Moon.

The number of instruments being carried by the orbiter (8), lander (3) and rover (2) to study the Moon’s topography, mineral and chemical composition, presence of water or water ice, the atmosphere, sub-surface temperature and seismic activity.

The total number of thrusters on Vikram, out of which four are main thrusters, and one for backup.

The number of sites where Vikram lander is expected to make soft landing. The sites are located on a high plain between two lunar craters, Manzinus C and Simpelius N, near the South Pole (70° south).