Calls to sack Navjot Singh Sidhu as Punjab minister echoed throughout the Assembly after his controversial remarks on Pulwama attack. 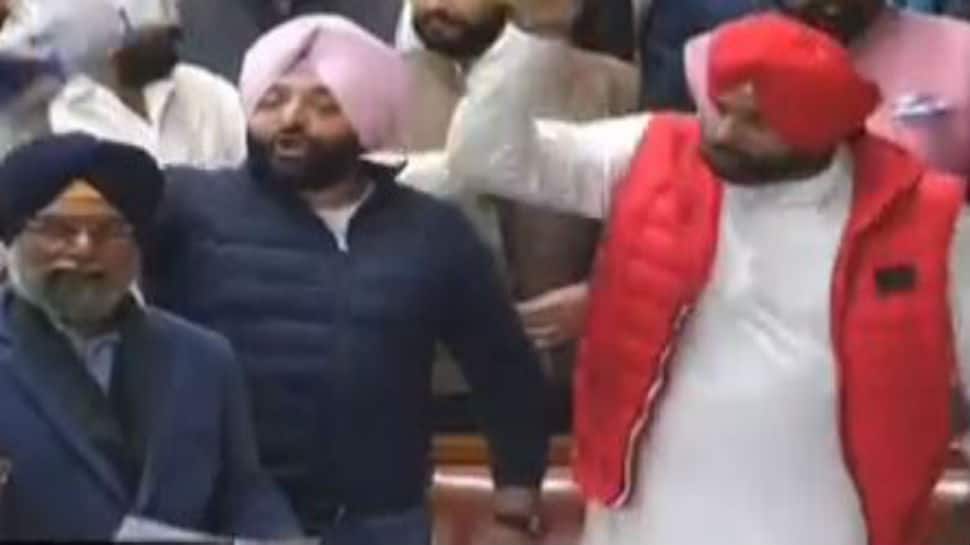 Calls to sack him reverberated all across the Punjab Assembly Monday even as Navjot Singh Sidhu himself first maintained a stony silence and then attempted to argue back in the face of vocal protests here.

Sidhu has been called out for his controversial remark in the aftermath of the terror attack on a CRPF convoy in J&K's Pulwama last Thursday. While India united in calling for strict action against Pakistan, a country known for sheltering and supporting terrorist organisations, Sidhu had said that the country should not be blamed for the act of terrorists.

While the cricketer-turned-television personality-turned politician has been removed from 'The Kapil Sharma Show' for his remarks, a political row has erupted in Punjab. BJP and Akali Dali leaders went up to where the Congress minister was seated in the Assembly and began shouting slogans against him. Many demanded that he should be sacked. "Navjot Singh Sidhu should be suspended from the Congress party for his comments on Pakistan. In fact, a case should be registered against those who make anti-national statements," said Prakash Singh Badal.

This is not the first time that Sidhu has faced flak for his remarks on Pakistan.

These and similar developments have led many to question Sidhu's intentions even as he has called for dialogue to be the best way forward to normalise Indo-Pak relations.