There has been protests in Tappal town of Aligarh district following the mutilation of the girl. 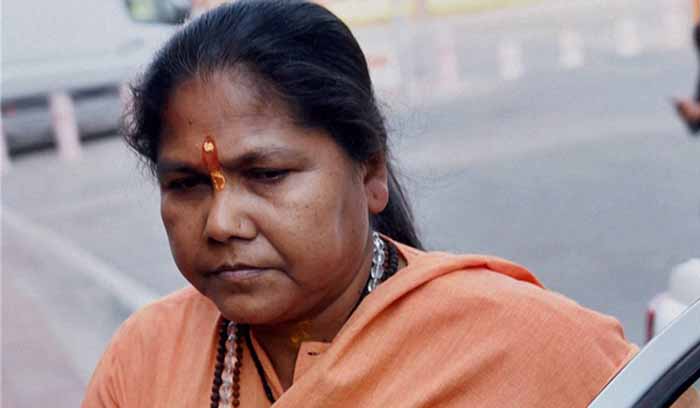 Union minister and Bharatiya Janata Party (BJP) MP Sadhvi Niranjan Jyoti blamed erosion in cultural and traditional values for the mutilation of a two-year-old girl in Aligarh in Uttar Pradesh. She said that while the government is acting as per the laws, there is a need for families to impart good values to their children.

Speaking to Zee News, the Union Minister said, “While the government is acting as per the provisions of law, there is need for good values in families. There has been erosion of values. We do not consider neighbour’s daughters as daughters and neighbour’s sisters as sisters.”

She, however, added that all such incidents were unfortunate. According to the BJP leader, earlier people had to protest for over 15 days for action in such cases, but under Uttar Pradesh Chief Minister Yogi Adityanath-led BJP government, there is swift action.

There has been protests in Tappal town of Aligarh district following the mutilation of the girl. The protestors have been demanding death penalty for the accused and have also asked Chief Minister Yogi Adityanath to visit the area.

Some of the protestors are fasting unto death and also carried out candlelight vigil to seek justice for the victim. At least two persons have been arrested by the police in connection with the case.

The medical report of the victim has ruled out any possibility of rape of sexual assault with the child.

The victim's father has demanded that other family members of the accused be arrested as the crime could not have been carried out without their knowledge. He threatened that he would start a fast unto death if no further arrests were made.

Security measures at Tappal township, 50 kilometers from the district headquarters, have been tightened as a precautionary step after tension mounted on Wednesday.