As the bypoll results came in favour of the ruling BJP, Siddaramaiah resigned as the Congress Legislative Party (CLP) leader and Leader of Opposition (LoP). He has submitted his resignation to Congress president Sonia Gandhi. 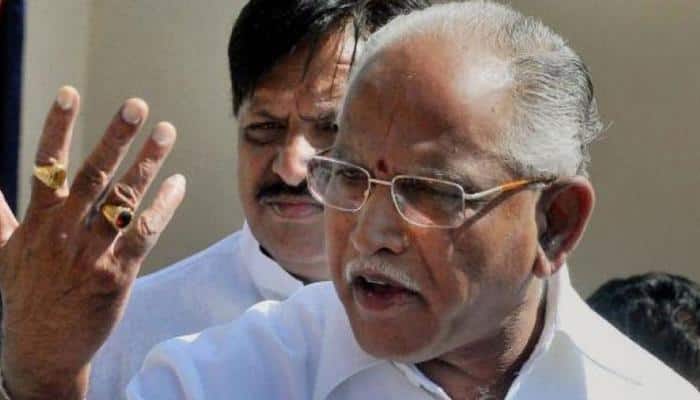 Bengaluru: The Bharatiya Janata Party (BJP) has won 12 out of 15 Assembly seats in Karnataka by-elections held on December 5. The Congress, however, could win merely two seats, while the JD(S) has drawn a blank. The one seat for which Election Commission declared the result in the evening is K R Pura constituency, where BJP's Basavaraja defeated his Congress rival M Narayanaswamy with over 60000 votes.

As the bypoll results came in favour of the ruling BJP, Siddaramaiah resigned as the Congress Legislative Party (CLP) leader and Leader of Opposition (LoP). He has submitted his resignation to Congress president Sonia Gandhi.

"As the leader of the legislative party, I need to respect democracy. I have resigned as the Congress Legislative Party leader. I have submitted my resignation to Sonia Gandhi Ji. In 15 constituencies, we accept and respect the mandate given by the voters. I have accepted the result," Siddaramaiah told reporters.

He further said, "I have also resigned as the Leader of Opposition in Karnataka Assembly," adding that he will be sending a copy of his resignation to senior Congress leader KC Venugopal and the KPCC president.

The former Chief Minister was appointed the leader of the opposition in the House in October despite stiff opposition from the old guards who consider him as an outsider. Siddaramaiah, who had quit the JD-S to join the Congress, got a respite with the victory of his close aides.

Janata Dal-Secular (JD-S) is facing a total rout in the state Assembly bypolls, as it failed to open an account even in the 12 seats it contested on December 5 separately. Breaking away from its former coalition alliance partner Congress, the JD-S contested separately against the ruling BJP and the Congress in dozen seats.

Meanwhile, BJP candidates have been declared as winners from the Yellapur, Ranibennur, Vijayanagara, Krishnarajapete, and Chikkaballapur among other constituencies. Among key sats, Shivaram Hebbar of the BJP has won over Bhimanna Naik of the Congress by over 31 thousand votes on the Yellapur seat while K Sudhakar emerged victorious from the Chikkaballapur constituency beating Congress` M Anjanappa by over 34 thousand votes.

On Hirekerur seat, BJP candidate defeated BC Patil Bannikod Basappa of the Congress with a margin of over 29000 seats. At Yeshvanthapura, ST Somashekar defeated Janata Dal (Secular) candidate TN Javarayi Gowda with over 27600 votes. The BJP candidates maintained a good lead in the Athani, K.R.Pura seats, and finally won both the seats.

Soon after the trends, Karnataka Chief Minister had thanked the state voters for reposing their faith in the BJP and said that they would now continue to provide a "stable and pro-people government" in the state.

The elections were held for 15 Assembly seats which were left vacant after the legislators resigned in July, triggering the collapse of the Congress-JDS coalition and paving the way for the BJP to come to power.