In its editorial mouthpiece, Saamana, the Shiv Sena called the lathi-charge inhuman adding that thousands of arrests were made, hundreds of students suffered head injuries, broken bones and bloodshed during the lathi-charge. 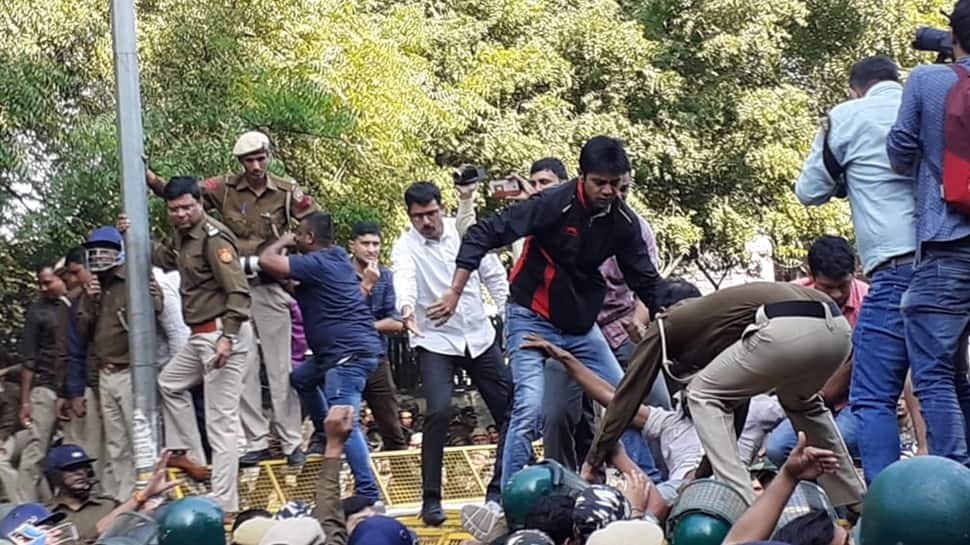 Shiv Sena on Thursday vehemently criticised the lathi-charge by the Delhi Police on students of Jawaharlal Nehru University (JNU) who took out a march to Parliament to protest against the fee hike by the administration.

In its editorial mouthpiece, Saamana, the Shiv Sena called the lathi-charge inhuman adding that thousands of arrests were made, hundreds of students suffered head injuries, broken bones and bloodshed during the lathi-charge.

The JNU Students' Union (JNUSU) on the first day of the Winter Session of Parliament, had taken out a march and the manner in which the lathi charge was done on the agitators, there were reactions from all over the country, added Saamana.

Slamming the Bharatiya Janata Party (BJP) it said that the current Narendra Modi-led government and the party secured their current position by holding protests. The editorial also said that the students shouldn't have crossed the barricades defying the police and should have obeyed the rules. However, it further added that the step taken was not the right way to handle the situation.

The mouthpiece asked the government what steps did it take to meet the demands of the protesting students. "The fees of hostels of JNU were increased very much. These fees are very expensive for students of poor and middle-class families. There was no need to crush the movement of those opposing it. The minister of the concerned department should have listened to the students but the government is beating the teachers and crushing the students," read the statement.

It further warned that if it thy use the word 'bully' against the government there might be sedition case against them.

The Shiv Sena also raised questions on the ideology of the BJP. Abhijeet Banerjee, a student of JNU, was declared the winner of this year's Nobel Prize and this raised country's reputation worldwide.

The article further said JNU has given many good leaders and experts to the country but none of them were of 'right-wing' views. So, the notion to crush the voice raising for the rights from this university must be suppressed is wrong, it added. The policy of inhuman lathi-charge on agitating students under the guise of law and order is unfortunate.unfortunate.