Should PM-CARES Fund come under RTI Act to maintain transparency?

The Delhi High Court was informed that PM CARES functions with transparency and its funds are audited by an auditor who is a Chartered Accountant drawn from the panel prepared by the Comptroller and Auditor General of India. 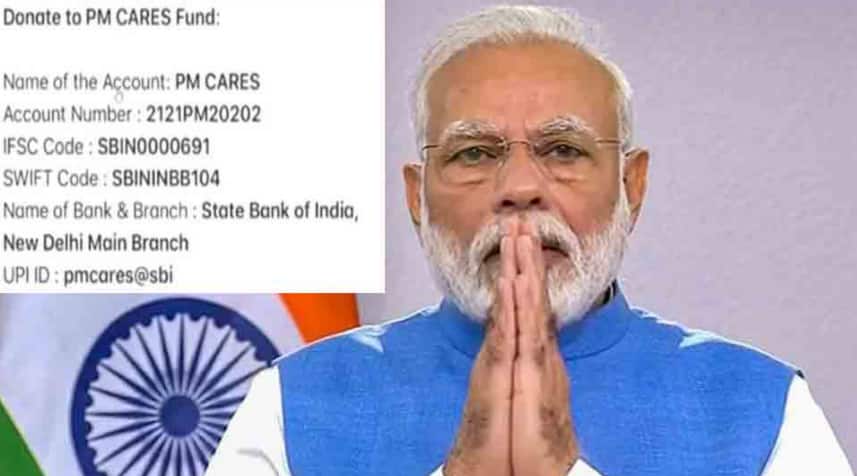 New Delhi: Public charitable trusts are established with a noble purpose to help out people in need but they are often looked at with suspicious eyes, at least in India. PM CARES Fund- Prime Minister’s Citizen Assistance and Relief in Emergency Situations Fund, too is not spared and is facing questions over its formation when the Prime Minister’s National Relief Fund is already in existence.

Since PM-CARES Fund was set by Prime Minister Narendra Modi on March 27, 2020, to extend assistance to the people in the wake of the COVID-19 pandemic, it is under the scanner of activists, lawyers and political parties who have questioned the transparency of the donations.

Congress among the Opposition parties has vociferously raised its voice against the Fund though the Modi government, inside and outside Parliament, has clearly stated the purpose behind its formation to deal with any kind of emergency situation. The fund is facing over donations from public sector units like LIC, and corporate houses and the Opposition parties have sought to put it under the ambit of RTI for transparency.

Since the Fund is understood to have been managed by Under Secretary (Funds) in the Prime Minister's Office (PMO), a petition was filed before the Supreme Court, in May this year, urging that the Fund, which rejected RTI inquiries, should declare its accounts.

Recently, the Centre has informed the Delhi High Court that the PM CARES Fund is “not a fund of Government of India and the amount does not go in the Consolidated Fund of India”. The affidavit, filed by an Under Secretary at PMO, clarified that the PM CARES Fund is a charitable trust not created by or under the Constitution of India or by any law made by Parliament or by any state legislature.

The affidavit was filed in response to a petition seeking to declare PM CARES as a 'public authority' under the Right to Information (RTI) Act. The official also clarified that despite being an officer of the Central government, he was permitted to discharge his functions in the PM CARES Trust on an honorary basis.

The court was further informed that PM CARES functions with transparency and its funds are audited by an auditor who is a Chartered Accountant drawn from the panel prepared by the Comptroller and Auditor General of India. The government has submitted the status of the PM CARES Fund before the court, but the issue is likely to hog the limelight as the next date of hearing is September 27.

The Fund is stated to be a public charitable trust with the Prime Minister as its Chairman, along with other members including Defence Minister, Home Minister and Finance Minister. It can enable micro-donations as a result of which a large number of people will be able to contribute with the smallest of denominations.

The Union Ministry of Corporate Affairs has earlier clarified that contributions by companies towards the PM-CARES Fund will count towards mandatory Corporate Social Responsibility (CSR) expenditure. Under the Companies Act, 2013, companies with a minimum net worth of Rs 500 crore or with a turnover of Rs 1,000 crore, or net profit of Rs 5 crore are expected to spend at least 2 per cent of their average profit for the previous three years on CSR activities every year.

The controversy over PM CARES Fund started with the plea that the government already has an existing similar fund --Prime Minister’s National Relief Fund (PMNRF), which was instituted in 1948 by the then Prime Minister Jawaharlal Nehru. The purpose was then to assist displaced persons from Pakistan.

Currently, the fund is used primarily to tackle natural calamities like floods, cyclones and earthquakes, besides extending financial help to needy people in their medical treatment like kidney transplantation, cancer treatment and acid attack cases. This fund comprises entirely of public contributions and does not get any budgetary support. It also accepts voluntary contributions from individuals, organizations, trusts, companies, institutions etc.

The PMNRF, recognized as a Trust under the Income Tax Act, is primarily managed by the Prime Ministers Office (PMO) since 1985, and the PMO holds complete authority over the fund. The contributions towards the PMNRF are notified for a 100 per cent deduction from taxable income under section 80(G) of the Income Tax Act, 1961.

The corpus of the fund is invested in various forms with scheduled commercial banks and other agencies, and the disbursements are made with the Prime Minister's approval.