Earlier, her elder sister was arrested in connection with the incident who claimed that she was driving the car when the accident happened. 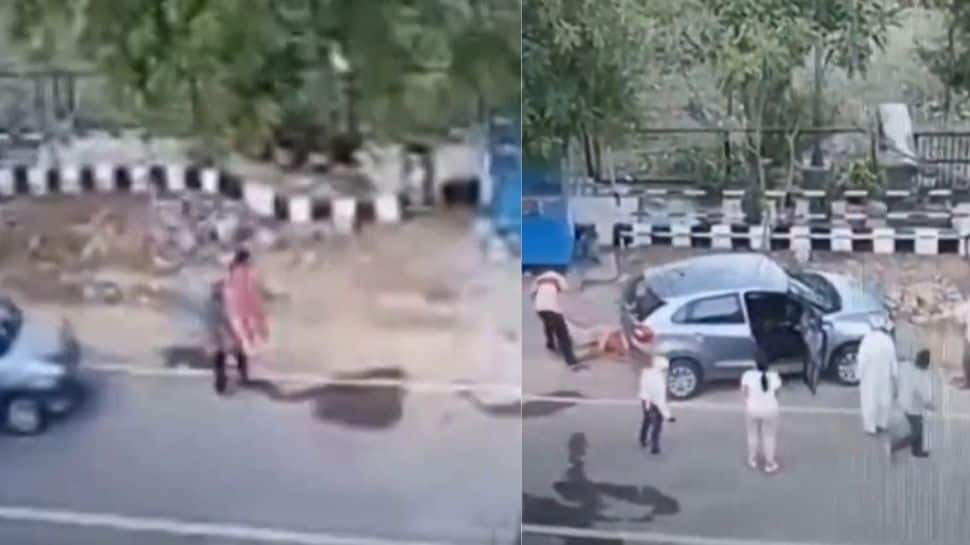 New Delhi:  A 28-year-old woman was arrested on Thursday for being behind the wheels of a car that allegedly mowed down an elderly couple in Dwarka four days ago, police said. The accused has been identified as Nupur Choudhary, they said.

Earlier, her elder sister was arrested in connection with the incident who claimed that she was driving the car when the accident happened.

Shanti Swaroop Arora (79) and his wife Anjula Arora (62) were run over by the car on Sunday evening, following which police arrested Deepakshi Choudhary (30), the elder sister of Nupur. She was apprehended on charges of rash driving and causing death by negligence.

Shanti was a retired government official, while Anjula was a homemaker.

However, police on Wednesday said the victims' family had raised suspicion over who was actually driving the car.

During investigation, it was found that Nupur, who works as a probationary officer in a public sector bank in Uttam Nagar, was driving the car at the time of the incident, a senior police officer said, adding that she has a learner's licence.

According to police, Deepakshi was trying to be protective in an attempt to prevent Nupur from getting booked in the case. Another possible reason could be that Deepakshi wanted to save Nupur as she is a government employee and a criminal case registered against her might have an impact on her job.

However, there would be further clarity in due course of time.

The incident occurred at Sector 11 on Sunday evening and CCTV footage of it went viral on social media.

In the video, a Baleno car hits the couple and runs over them. A woman comes out of the car, goes to the rear side of the vehicle and later calls somebody after taking her mobile phone from the car.

Police said they are checking the CCTV footage of the area and investigating the matter to ascertain the exact sequence of the incident. Further investigation in the case is in progress, police said.