Malik said that PM Modi had instructed him to carry out massive development work in Jammu and Kashmir. 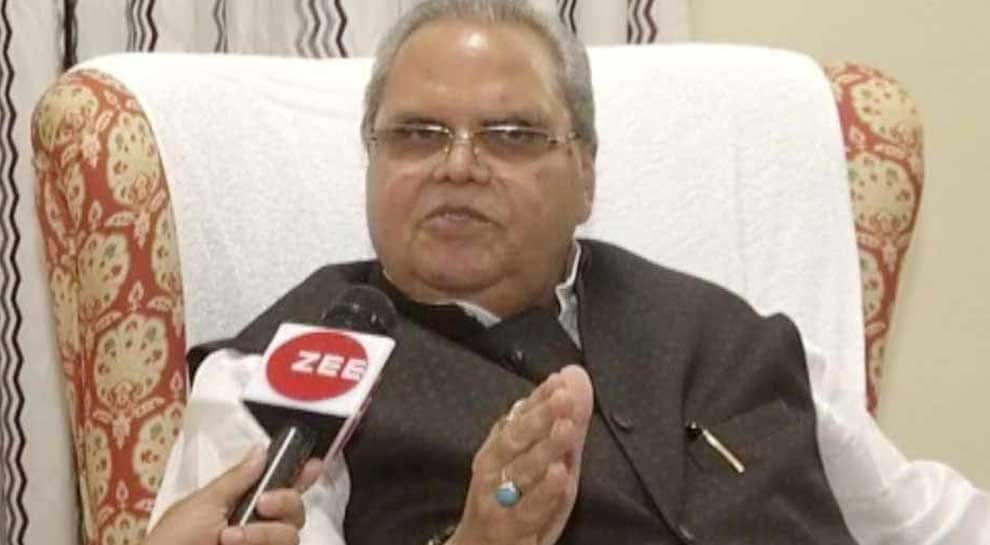 SRINAGAR: Jammu and Kashmir Governor Satya Pal Malik on Saturday said that the situation in Pakistan-occupied Kashmir (PoK) is so bad that its residents would eventually move to Jammu and Kashmir. The J&K Governor further said that a day will come when the people in PoK will cross the Line of Control (LoC) and demand merger with India.

Malik made these remarks while speaking on the occasion of foundation laying ceremony of a cancer institute in Jammu. Union Minister Jitendra Singh was also present at the occasion.

Addressing the gathering, Malik said that Prime Minister Narendra Modi had instructed him to carry out massive development work in Jammu and Kashmir so much so that one day people in PoK would move to J&K.

Governor Malik said that he did more work in the past one year than any elected government.

"In the eyes of the country, a Governor is a person who plays golf and does nothing for the public. He just rests during their governorship. But the amount of work that we have done in the past 1 year, I don't think even an elected government does that much work," he said.

Hailing Union Home Minister Amit Shah for taking tough decisions in the best interest of J&K residents, Malik said, '' Where else have you seen a country's Home Minister sitting with ordinary
village people to discuss problems at the panchayat levels?''

Governor Malik had recently said that he will engage with members of the civil society group and teachers but won't interact with separatists and mainstream politicians.

The remarks from the J&K Governor came days after Jitendra Singh said that after the abrogation of Article 370, the Modi government was now aiming at retrieving parts of Pakistan-occupied Kashmir (PoK) to make them part of the Indian mainland.

It may be recalled that Jammu and Kashmir was placed under Governor's Rule last year after BJP pulled out of the coalition government with PDP.

Months later the state was put under President's rule.

Centre has since imposed certain restrictions in parts of Jammu and Kashmir in order to maintain the law and order.

Defending the detention and house arrest of top Kashmiri leaders and politicians, Malik had sarcastically said that those politicians who are detained for long terms become the tallest of leaders.