In a joint press conference with the state police, Lieutenant General Dhillon warned that the designs of the Pakistani Army will be foiled, and nobody can disrupt peace in the state. 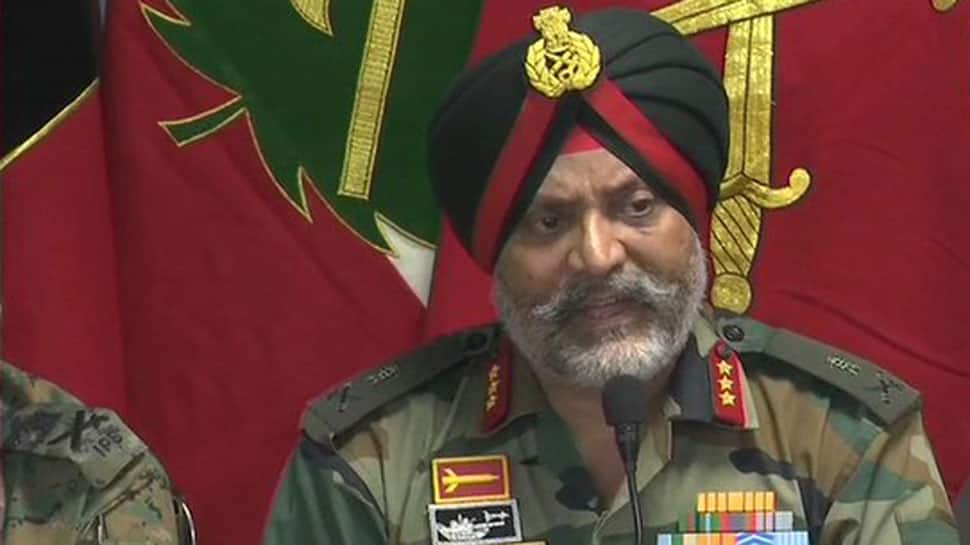 The Pakistani Army is involved and responsible for terrorism in Jammu and Kashmir but it will be negated and not tolerated, said Chinar Corps Commander Lieutenant General KJS Dhillon on Friday. In a joint press conference with the state police, Lieutenant General Dhillon warned that the designs of the Pakistani Army will be foiled, and nobody can disrupt peace in the state.

He informed that Amarnath Yatra was a target for the Pakistani Army-backed terrorists who wanted to disrupt the pilgrimage. Lieutenant General Dhillon asserted that based on information from credible sources, a thorough search is being conducted on both the northern route (Pahalgam) and southern route (Baltal) along with the adjoining areas. He added that several IEDs, ammunition, an M24 American sniper rifle and even Pakistani Army mine has also been recovered, which was targetted at pilgrims. The search is being conducted by the Army along with the Central Reserve Police Force (CRPF).

The GOC Chinar corps said that the situation at the Line of Control (LoC) is under control and peaceful as of now. He also informed that infiltration from Pakistan is being attempted regularly and the Indian Army has been foiling the attempts.

Speaking on the ceasefire violation by Pakistan, the Army warned that it Pakistan makes an attempt again, India will reply.

He also said that terrorist leadership is the main target, especially Jaish-e-Mohammad (JeM), Hizbul Mujahideen (HM) and Lashkar-e-Toiba (LeT), "but we have been able to eliminate most of the leadership. Work is still in progress". The GOC informed that the IED threats have also increased.