The Indian Meteorological Department has issued yet another warning for thunderstorm and squall in several parts of India. 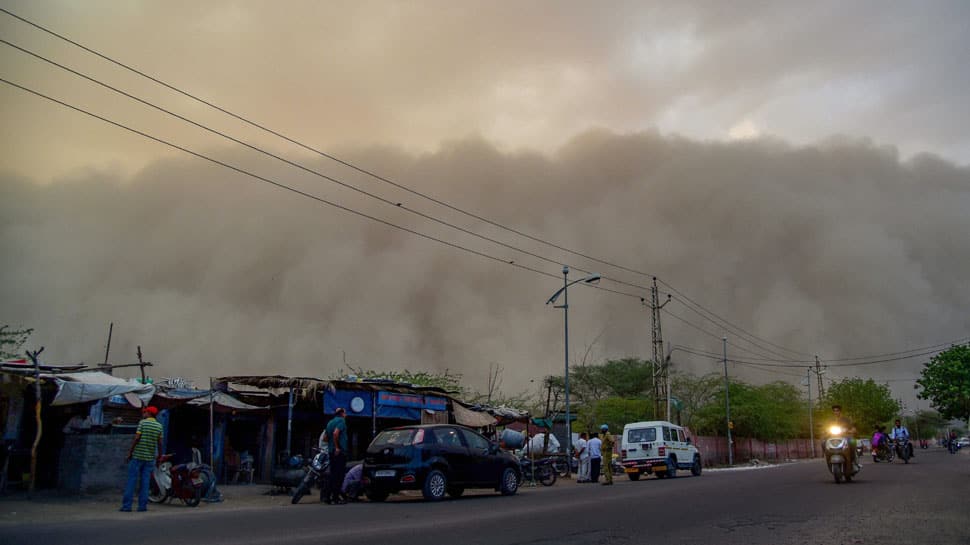 At least 41 people were killed as thunderstorms accompanied with squall hit many parts of India, including Uttar Pradesh, West Bengal, Andhra Pradesh and Delhi-NCR. The Indian Meteorological Department (IMD) has issued yet another warning for thunderstorm and squall in parts of Uttar Pradesh, Punjab, Haryana, Delhi-NCR, Jammu and Kashmir, Himachal Pradesh, Uttarakhand and Odisha.

According to the IMD, wind speed reaching 50-70 km per hour is very likely at isolated places over Jammu and Kashmir, Himachal Pradesh, Uttarakhand and Odisha, while thunderstorm and gusty winds are expected in parts of Delhi, Uttar Pradesh, Punjab, Haryana and Chandigarh.

The weather department has further predicted duststorm in parts of Rajasthan and heavy rain in Odisha.

In a tweet, Prime Minister Narendra Modi said: "Saddened by the loss of lives due to storms in some parts of the country. Condolences to the bereaved families. I pray for the speedy recovery of those injured."

Condoling the deaths, Congress president Rahul Gandhi in a tweet asked party workers to provide all assistance to the bereaved families.

Shortly after the drastic weather change on Sunday, the Met Department said that the weather would remain adverse for two to three days and thunderstorm will continue for the next 48 to 72 hours.

"There is a circulation of a western disturbance in North West India. We had forecasted that the weather will be adverse for 2 to 3 days. This thunderstorm will continue for the next 48 to 72 hours," said IMD scientist Charan Singh.