It was earlier reported that Hooda would be heading a task force on national security to be set up by Congress. 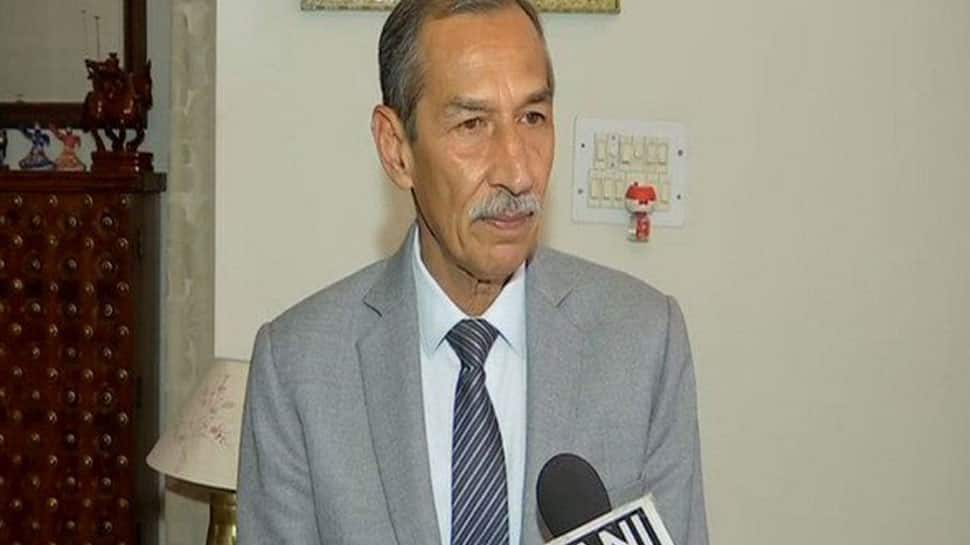 NEW DELHI: Retired Army commander Lt. Gen DS Hooda, who is considered to be the main architect of the 2016 surgical strikes on terror launch pads along LoC in PoK, has categorically denied joining the Congress party.

''I have not joined the Congress party,'' Lt Gen (retd) DS Hooda told ANI when asked whether he had joined the main opposition party which has asked him to prepare a report on national security.

Lt Gen DS Hooda (retd) to ANI on whether he had joined Congress party which has asked him to prepare a report on national security: I have not joined the Congress party. (file pic) pic.twitter.com/K3IId5HvDt

It was earlier reported that Congress president Rahul Gandhi was going to set up a task force on national security, which would be headed by Hooda, a former Northern Army commander.

Reports said that task force, which would be led by Hooda, has been asked to prepare a vision paper for the country in consultation with a select group of experts.

Congress president Rahul Gandhi had earlier met Hooda and reportedly discussed the modalities of the panel.

"The Congress president is setting up a 'task force on national security' to prepare a vision paper for the country," a statement from the party said.

Hailing the move, Congress spokesperson Priyanka Chaturvedi tweeted, "Yet another positive and welcome step towards a strong nation and stronger national security by Congress President @RahulGandhi. The experience that Lt Gen (Retd) D S Hooda brings in, will benefit the nation in the long run."

In another tweet, she said, "The only thing they will find is Surgical Strike and How's the josh?! :))"

Reacting to the development, former Jammu and Kashmir chief minister and National Conference leader Omar Abdullah said the Congress couldn't have had a better officer to advise them on national security.

"Lt Gen Hooda is a credit to the uniform he has worn. I had the privilege of having him as my security advisor when he headed 16 corps in Nagrota," he tweeted.

The Congress has been accusing the Narendra Modi government of politicising the surgical strikes.

On September 29, 2016, the Army had carried out the strikes on seven terrorist launch pads across the Line of Control (LoC) in retaliation to an attack on its base in Uri earlier that month.

Last year, in December, responding to a question during a panel discussion at the Military Literature Festival in Chandigarh, Hooda had said that in hindsight, it would have been better had "we done it (surgical strikes) secretly".

He had also said the initial euphoria about the success of the surgical strikes was natural but the constant maintenance of the hype around the military operation was unwarranted.