Girls outshone boys yet again in the class 12 examination, the results of which were announced on Thursday. 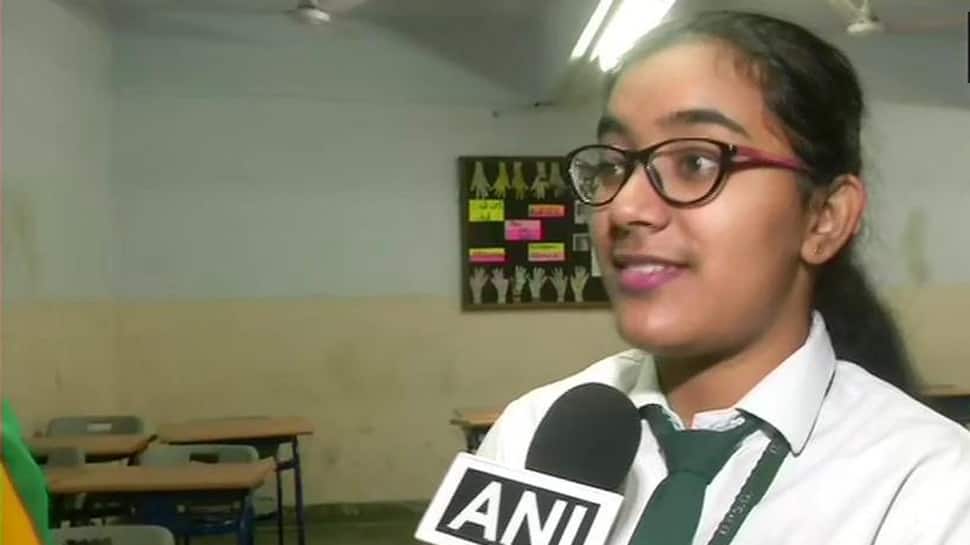 Hansika Shukla, who emerged as the Class 12 topper of the CBSE exam this year said it is important to take rest between the hectic study hours. A student of DPS Meerut road in Ghaziabad, Hansika Shukla said she took breaks while she prepared for the Central Board of Secondary Education (CBSE) examination.

"Really happy that I made my parents&my teachers proud. Didn't count as to how many hours I studied. I used to take breaks between study hours, taking rest was important," she told news agency ANI. She added that she would like to pursue Psychology (Honours) from Delhi University and will be preparing for the Indian Foreign Services exam after graduation.

Hansika Shukla, CBSE Class-12 topper, in Ghaziabad: Really happy that I made my parents&my teachers proud. Didn't count as to how many hours I studied;used to take breaks between study hours, taking rest was important; would like to pursue Psychology(Hons.) from Delhi University pic.twitter.com/yDYdU7E4Hx

Hansika and Karishma Arora have emerged as the joint toppers of Class 12 board exam having secured 499 out of 500 marks. Karishma Arora is a student of SD public school in Muzaffarnagar.

Karishma Arora too said that she danced to relax during her free time. "I am not much of a sports person. I like to dance when I am free and want to relax," Arora was quoted by news agency PTI. She too wants to pursue psychology honours for her undergraduate studies.

Girls outshone boys yet again in the class 12 examination, the results of which were announced on Thursday. Here is the full list of toppers.

There are three students on the second spot. The second position holders are Gaurangi Chawla from Nirmal Ashram Deepmala public school in Rishikesh,  Aishwarya of Kendriya Vidyalaya Raebareli and Bhavya from Jind in Haryana. Neeraj Jindal and Mehak Talwar from Delhi are among 18 students to rank third in the exams.

Restrictions on civilian movement between Srinagar and Baramulla lifted