The Centre said that there was no intention to impose any language on anyone. 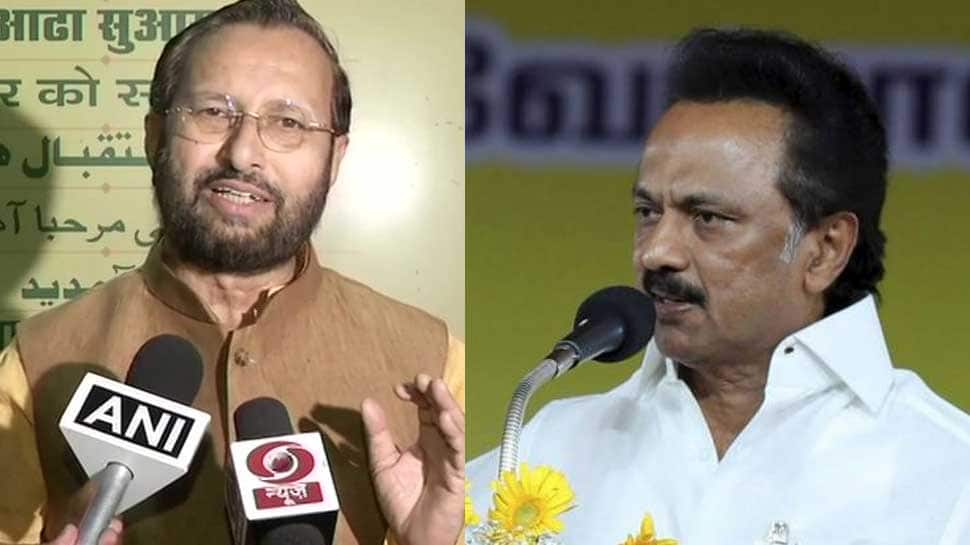 Chennai: The Centre on Saturday stepped in to allay fears after Tamil Nadu-based political parties warned of a ''language war'' over Delhi's "attempt" to impose Hindi in the schools across the southern state.

Addressing their concerns, the Centre said that there was no intention to impose any language on anyone.

''There is no intention of imposing any language on anybody, we want to promote all Indian languages. It's a draft prepared by a committee, which will be decided by govt after getting public feedback,'' Information and Broadcasting Minister Prakash Javadekar said.

I&B Minister Prakash Javadekar on reported proposal of 3-language system in schools: There is no intention of imposing any language on anybody, we want to promote all Indian languages. It's a draft prepared by committee, which will be decided by govt after getting public feedback pic.twitter.com/t16JC3P8bf

It may be recalled that a bitter political row has erupted in Tamil Nadu over the draft proposal to continue the three language formula, which was seen as ''an attempt to thrust Hindi'' in the schools there.

The Tamil Nadu-based parties, which strongly opposed the proposal, alleged that it was ''tantamount to thrusting Hindi'' and called for it to be junked.

The Kasturirangan Committee has proposed to continue the three language formula in the draft National Education Policy.

Leaders cutting across the party lines in Tamil Nadu said the state has a history on the language issue and would not tolerate any imposition.

Warning the Centre, DMK president MK Stalin said that the BJP government should not even think in their dreams about the three language policy.

The comments from the DMK chief came a day after the recommendations of the Kasturirangan Committee came to the public domain.

Reacting to it, Tamil  Nadu Congress Committee president KS Alagiri said that people of Tamil Nadu will not allow the imposition of Hindi in the state.

He said Congress was not opposed to any language and it was up to the students to learn any language of their choice.

MDMK president Vaiko too joined the debate and warned that a language war will break out if any attempt is made to impose language in Tamil Nadu while a rebel AIADMK leader T T V Dinakaran said any such proposal would destroy Indian`s pluralism and make Tamils second class citizens.

Veteran Tamil actor and founder of Makkal Needhi Maiam (MNM) Kamal Haasan said, "I have acted in many Hindi films. However, in my opinion, Hindi should not be imposed on anyone."

However, with the issue snowballing into a political controversy, the Centre stepped in to dispel apprehensions on the issue and said there was no move to impose any language on anyone.