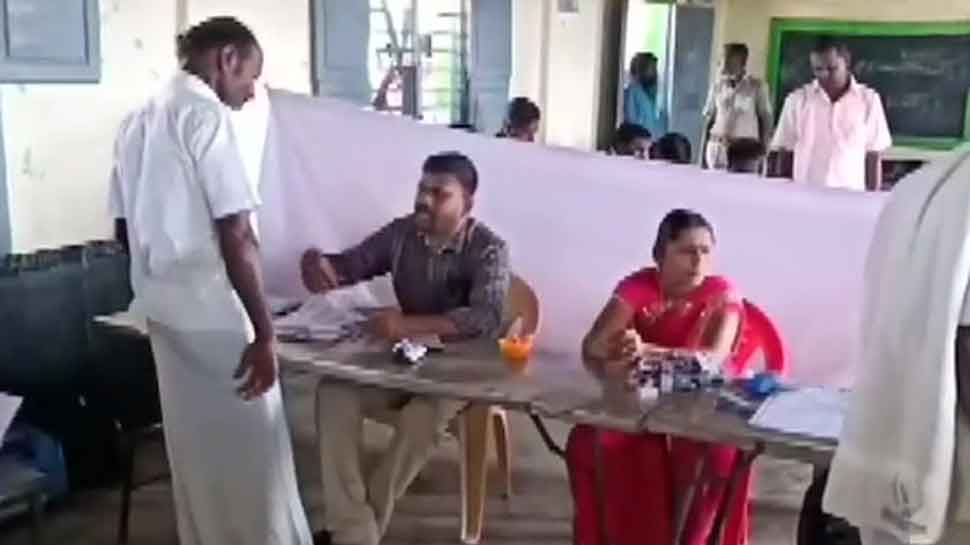 Madurai: Voting for the second phase of the local body polls at 1,093 polling stations in Madurai is underway and will continue till 5 pm. The voting is taking place in Thiruparankundram, Usilampatti, Chellampatti, Sedapatti, Thirumangalam, T.Kallupatti and Kallikudi.

A total of 5,71,072 voters are likely to cast vote in the second phase of polling with 8,918 officers have been deployed in the polling booths.

According to the Election Commission, 220 polling centres were set up in distressed areas with 94 video cameras, 60 webcams and 56 microscopes in intensive surveillance.

For this phase of polling, Madurai district police SP Manivannan has been given the charge of security along with 2 additional superintendents, 20 assistant superintendents, 60 police inspectors and 2,000 policemen.

Voting for the first phase of rural local body polls was held at 939 polling booths in Madurai on December 27.