Rape convict self-styled godman Gurmeet Ram Rahim Singh had plotted a filmy escape from the Panchkula court, on the day he was convicted by special CBI court, the Haryana police confirmed. 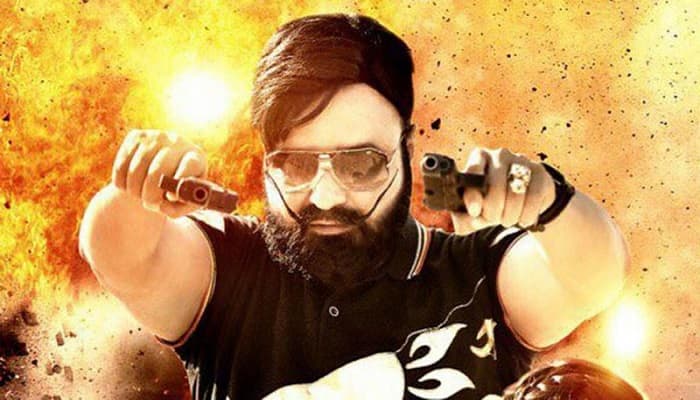 New Delhi: Rape convict self-styled godman Gurmeet Ram Rahim Singh had plotted a filmy escape from the Panchkula court, on the day he was convicted by special CBI court, the Haryana police confirmed.

Speaking to reporters in Gurgaon yesterday, Inspector General of Police KK Rao said that as soon as the self-styled godman was convicted, he demanded a 'red bag' that he had brought along from Sirsa. "The Dera chief demanded the bag, saying his clothes were in it. It was actually a signal for his men to spread the news of his conviction among supporters so that they could resort to causing disturbance," Rao said.

Rao said that Baba had come with full planning of the violence that happened after the verdict was pronounced against him. He said that Ram Rahim’s ‘red suitcase,’caught the eyes of almost everyone. It was actually used as a signal to instigate the violence outside the court after his conviction.

“We were asked to not to let the convoy, following the Dera chief, to enter the area near the court premises. Few incidents did take place during this time, if we would have not taken care, then it would have caused a lot of danger,” he said. “Baba had planned a conspiracy. As soon as the court pronounced him guilty, he asked us to bring the Red bag, saying that his clothes are inside that bag. The bag was a signal for the supporters of baba, who were waiting outside. As soon as the bag was taken out, we heard his supporters started protesting outside and it was then we came to know that he has planned to give signals to this protestor and everything had a hidden meaning,” he added.

Further discussing about another incident which made them yet more alert, Rao said that post verdict, Ram Rahim and her daughter were standing in the corridor for quite a long time, even after being told to not to stand there. He said that both of them were just wasting the time by standing there, as if they were waiting for something to happen. Rao said that it was after this incident they did not let Ram Rahim travel in his own car and took him in the government vehicle after he was held guilty.

“When we asked Baba to sit the government vehicle, his personal commando surrounded him. The DCP team, who was in charge of moving baba from that place also had an argument with the baba’s commando. We tried to manage the situation with talks as didn’t want any kind of violence to break out there,” he said.

As per Rao, the Dera chief had Z-plus security from quite a long time and a team of 650 commandos of Haryana police escorted him on his way to the court. Rao added that the cavalcade following Ram Rahim was not allowed to come near the court premises and was stopped near Suraj Theater in Panchkula.

“Since the convoy of 60-70 cars was standing near the theater, we planned to take Ram Rahim from different route after the court’s verdict to avoid any kind of mishap and added that not much people of the security personnel was informed about this,” he said. “We got a clue that he was planning to escape from the time he asked us to bring the red bag. Secondly they were just wasting time so that their supporters can take action. He was followed by 60-60 cars what were they doing there? It was needed to handle them tactfully and we did to avoid any major happening,” he added.

Earlier on Monday, the Dera Sacha Sauda chief was sentenced to 20 years in jail for rape and criminal intimidation of two female disciples. The sect chief has been sentenced to 10 years imprisonment in each of two cases of rape that date back to 2002. Both sentences will run consecutively.