The Delhi High Court on Friday granted interim protection to two suspended policemen who allegedly fired at a lawyer during the clashes at Tis Hazari court on November 2. 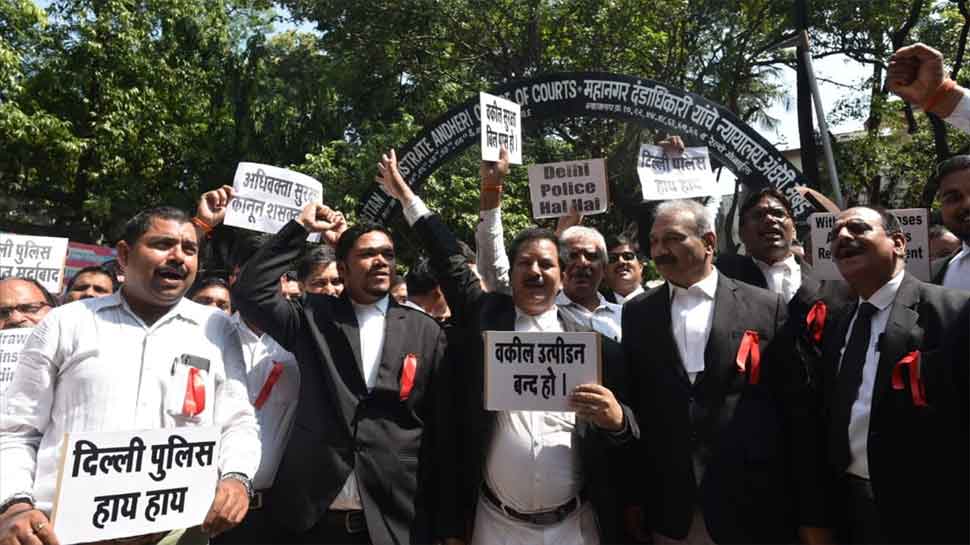 Advocates of all the six district courts in the national capital have decided to suspend their strike till December 23, following a Delhi High Court order on Friday to resolve the matter. They were boycotting in protest against the clashes at Tis Hazari court on November 2.

The Chairman of Coordination Committee of All District Courts Bar Associations Coordination committee, Mahavir Sharma, said, "We respect the order of Hon'ble High Court so the abstinence from work is suspended, work to be resumed from Saturday. We thank all the members for cooperation. Our fight for Advocates Protection Act will continue."

Notably, the Delhi High Court on Friday granted interim protection to two suspended policemen who allegedly fired at a lawyer during the clashes at Tis Hazari court on November 2.

The court also directed that no coercive action should be taken against these cops till December 23, besides issuing notices to various bar associations which have to reply on the petition filed by Delhi police. The HC will hear the case again on December 23.

The lawyers were also set to stage a protest in front of Parliament on November 20, demanding the arrest of the two policemen.

On November 2, Delhi Police personnel and lawyers were involved in an altercation on Tis Hazari Court premises after a clash over a parking dispute turned violent.