The Motor Vehicles (Amendment) Bill, 2019 seeks to impose strict penalties on violation of traffic rules and address the dire state of road safety in the country. 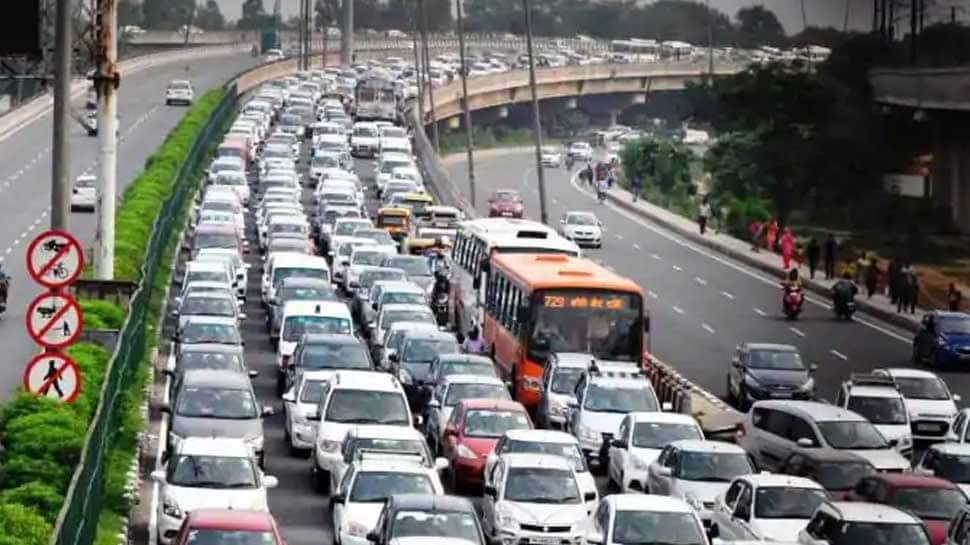 NEW DELHI: In a significant development, the Rajya Sabha on Wednesday cleared the Motor Vehicles (Amendment) Bill, 2019 that seeks to impose strict penalties on violation of traffic rules and address the dire state of road safety in the country. The bill was passed hours after it was introduced by Union Transport Minister Nitin Gadkari in the Upper House.

In the Rajya Sabha, the bill was passed after a division sought by CPI-M`s E Kareem was negated. The government easily sailed through the vote with 108 members in its favour while 13 voted against it. Gadkari had earlier expressed confidence that the bill would be approved by the Upper House. The legislation seeks to weed out corruption, improve road safety and usher in use of technology to regulate traffic.

Speaking on the occasion Union Minister Nitin Gadkari thanked the members of the House and said that this was a matter of great happiness for him. He said the much-needed amendments will improve road safety, facilitate citizens in their dealings with transport departments, strengthen rural transport, public transport and last-mile connectivity through automation, computerization and online services.

The Bill was earlier passed by a voice vote in the Lok Sabha, rejecting several amendments moved by the Opposition.

Here are some of the key points of the Motor Vehicles (Amendment) Bill, 2019

In the new Bill, the minimum penalty for violation of traffic rules and regulations has been increased from Rs 100 to Rs 500. The maximum penalty has been fixed at Rs 10,000 for a number of offences. In case of driving a vehicle without holding a licence, the penalty has been increased from Rs 500 to Rs 5,000. Not wearing a seat belt will invite a penalty of Rs 1,000. It was Rs 100 only until now.

For drink and drive cases, the penalty is Rs 10,000 - up from Rs 2,000 under the existing law. Dangerous driving can now attract a penalty of Rs 5,000. Not giving way to emergency vehicles will also attract Rs 10,000 as a penalty. There was no such provision under the previous law.

In cases of over-speeding, the driver will be penalised Rs 1,000 for light motor vehicles such as cars and Rs 2,000 for heavier vehicles. If found engaged in racing, the driver will have to pay a penalty of Rs 5,000. If your vehicle's insurance coverage has expired and you are still driving it, you will be penalised Rs 2,000. The penalties may be increased by 10 per cent every year - keeping pace with your annual increment. As a novel step, the new motor vehicle bill provides for community service as punishment to violators of road safety rules and regulations.

Not all road accidents happen due to the negligence of the driver, many are caused by other factors. The new motor vehicle bill seeks to fix the liability of contractors for faulty road designs. If the contractors or authorities fail to follow prescribed road designs and standards, and their failure results in injury or death of a person, they will be held responsible for the same. There was no such provision in the previous bill.

Juveniles are still not allowed to drive vehicles. If they are found to be driving a vehicle and cause an accident, the guardian or the owner of the vehicle will be held liable and prosecuted accordingly. There was no law in the country under which a manufacturer could be directed to withdraw defected models or component of a vehicle from the market. The new motor vehicle bill empowers the Centre to do so if defects are reported by a considerable number of users or a testing agency.

The new law talks about "Good Samaritans" defining them as a person who comes forward to help a road accident victim. Such individuals will not be liable for any civil or criminal action if the accident victim suffers any injury or dies due to inadvertent negligence on their part in providing assistance to the victim.

This is likely to encourage people to help a victim of road accidents. According to official data, around 1.5 lakh people lose their lives in road accidents every year. The country has registered an average of about 4.5 lakh road accidents a year in the last four years.

Under the 1988 law, a person seeking a driving licence must have passed Class VIII. This eligibility criterion has been done away under the amendment bill. Now, holding a certificate from a driving school is enough for a person to apply for a driving licence. In case of expiry of the licence, the licencees will now have a period of one year to get it renewed. The applicant may be asked to undergo a refreshing course before she/he is issued a renewed driving licence.

The new motor vehicle law provides for the regulation of taxi aggregators such as Uber and Ola. They will now have to get a licence from the governments of the states they operate and also conform to the Information Technology Act of 2000.

India No. 1 in road accidents, now is the time to change that: Nitin Gadkari