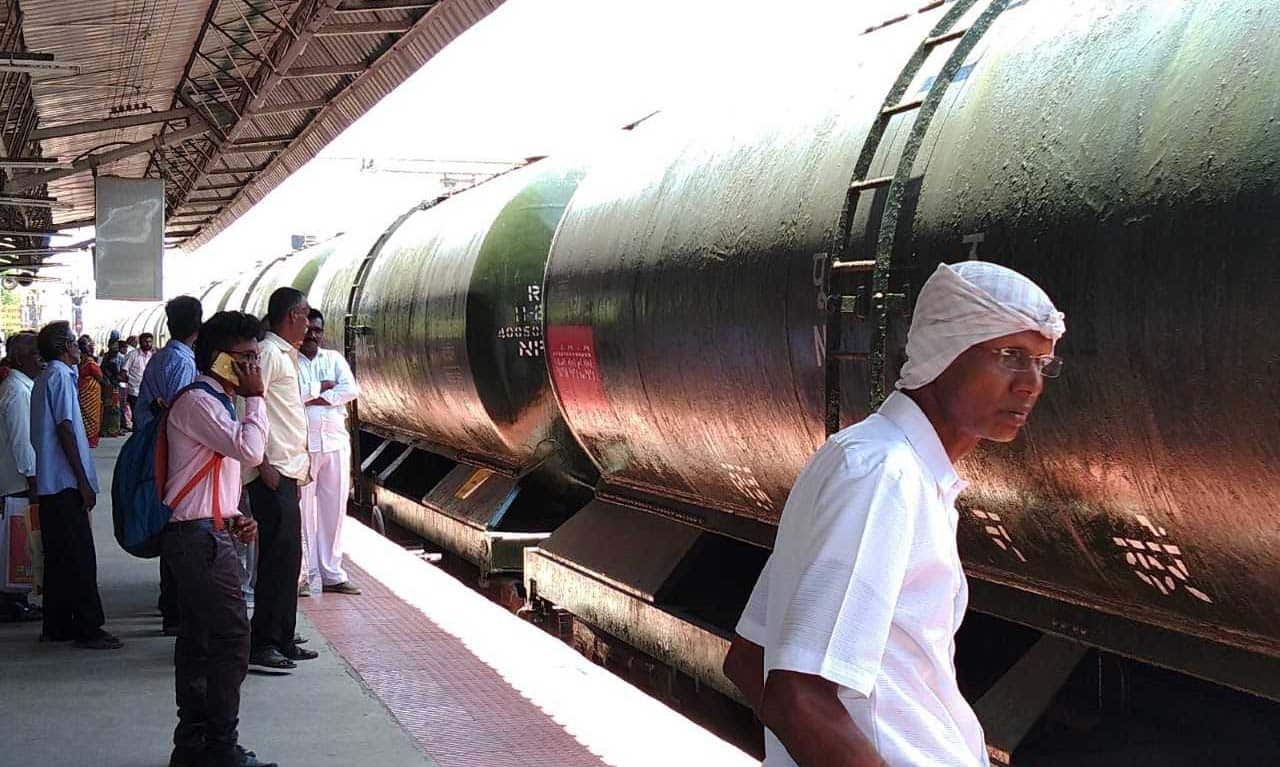 As Chennai’s water woes continue amid failed summer showers, the first train carrying water from Jolarpettai in the Vellore district reached the city on Friday noon. This comes after the State Government had requested the Southern Railway to transport 10 MLD(Million Litres per day) water from Jolarpettai to Villivakkam covering a distance of nearly 220kms. A single trip is estimated to cost over 8 lakh Rupees.

In its first trip, the special train that consisted of 50 bogey tank wagons with a capacity of 50,000 Litre each, brought to the city almost 2.5 Million Liters of water. The train has started from Jolarpettai at 7:20am and made its way to the Villivakkam station in Chennai by half past eleven.

Inlet pipes installed along the railway tracks were used to decant the 2.5 Million liters to a nearby treatment plant, from where the treated water would be distributed to the city.

As per the original plan, another train with a similar capacity would also be pressed into action and the two of them would make two trips everyday to ferry water to the parched city.

Chennai’s daily water requirement is around 830MLD, with the major reservoirs almost bone dry, the authorities are only able to provide a little over 525MLD by depending on desalination plants, abandoned quarries and agricultural land in the peri-urban areas.

Chennaiites have been taking measures to cut their water consumption down to a bare minimum, with hoteliers switching to the traditional method of serving meals on banana leaves, automobile service centers opting to dry wash of vehicles, and even large commercial establishments and IT parks installing atomizers on water taps to cut down free flow.

Given that the city is almost facing a deficit of over 300MLD, the 10MLD that is brought in by trains hardly makes a difference.

Chennai, India’s sixth largest city is one among the 21 cities, which the NITI Aayog has said, would run out of water by 2021.