The security forces have also recovered huge cache of arms including AK series Rifle, ammunition and other warlike stores from these hideouts. 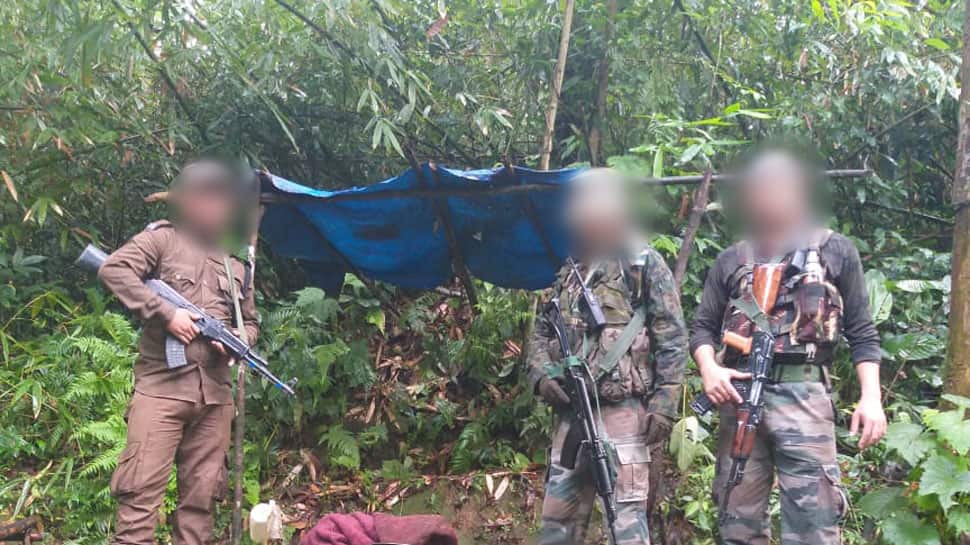 A joint team of Assam Rifles personnel and Arunachal Pradesh Police destroyed two suspected hideouts of NSCN (I-M) in separate operations on Sunday. The operations by Assam Rifles personnel and police were launched based on specific inputs. One hideout was destroyed in Jongrum and other was decimated near the Indo-Myanmar border. The security forces have also recovered huge cache of arms including AK series Rifle, ammunition and other warlike stores from these hideouts.

Sources said that  NSCN(I-M) insurgents used these camps for temporary stay during transit. It is to be noted that sustained operations are being conducted by security forces against the insurgent groups active in the region in order to wipe them out from the region. The operations were part of the ongoing crackdown by Army and Assam Rifles under Spear Corps on insurgent organisations active in South Arunachal Pradesh.

It may be recalled that in April this year, some suspected temporary hutment type structures were spotted in the forest of Ukhrul in Manipur during the routine aerial recce by Assam Rifles personnel and it was later found that these structures were the unauthorised camp of NSCN (I-M)  in that area.

After getting to know about the establishment of new camp by NSCN (I-M) cadre in the forest, the Commander had requested the villagers and pastor to ask the NSCN(I-M) cadres to vacate the camp immediately as it is an in gross violation of existing ceasefire ground rules.

NSCN (I-M) is led by Isak Chishi Swu and Thuingaleng Muivah. The NSCN(I-M) has divided its area of influence into 11 regions and it is said that in many areas, it runs a parallel government. The group has set up four major ‘Ministries’ – Defence, Home, Finance and Foreign Affairs. There are five other Ministries including Education, Information and Publicity, Forests and Minerals, Law and Justice and Religious Affairs.