The singer travelled over 61,000 kilometres across the country to meet the bereaved families and on Friday (February 14), he presented the urn at a memorial column at the Central Reserve Police Force (CRPF)'s Lethpora camp. 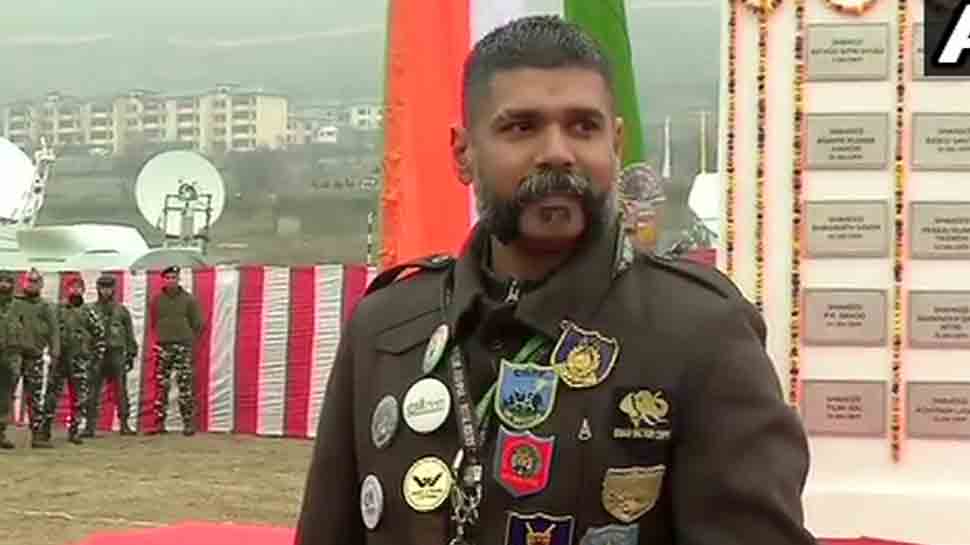 New Delhi: Umesh Gopinath Jadhav, a Bengaluru-based singer, spent most of his 2019, travelling to the houses of each of the 40 CRPF personnel, martyred in a terror attack in Jammu and Kashmir's Pulwama last year. Jadhav met the families of the slain jawans and collected soil from outside the homes and placed it into an urn. The singer travelled over 61,000 kilometres across the country to meet the bereaved families and on Friday (February 14), he presented the urn at a memorial column at the Central Reserve Police Force (CRPF)'s Lethpora camp.

"I am proud that I met all the families of Pulwama martyrs and sought their blessings. Parents lost their son, wives lost their husbands, children lost their fathers and friends lost their friends. I collected soil from their houses and their cremation grounds," Jadhav was quoted as saying by ANI.

He also said that he did not take any donation or sponsorship for carrying out the noble case, adding that his main purpose was to pay homage to the jawans who lost their lives in the attack.

The CRPF today dedicated a memorial for its 40 brave personnel who were killed in the Pulwama terror attack on February 14, 2019, at J&K's Lethpora camp, on the first anniversary of worst terror attack in nearly two decades. The names of all the 40 personnel along with their pictures will be part of the memorial along with the moto of the Central Reserve Police Force (CRPF) – Seva and Nishtha (Service and Loyalty).

The memorial has been set up inside a CRPF camp adjacent to the place where Jem terrorist Adeel Ahmed Dar, driving an explosive-laden car, blew himself next to a convoy of security forces killing the 40 personnel.