Unfortunate she called her sister and not police: Telangana minister's shocker on Hyderabad veterinary doctor rape-murder

The burnt body of the veterinary doctor was found on Thursday at an underpass in Shadnagar outskirts in Telangana's Ranga Reddy district. After the preliminary probe, the police suspect that she was sexually assaulted before being charred to death. 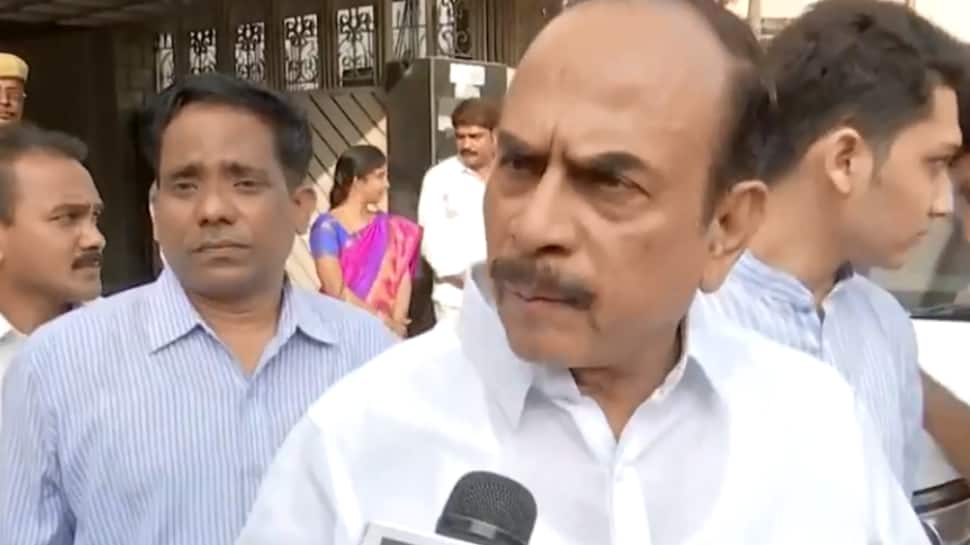 New Delhi: In a shocking response to the alleged rape and murder case of a veterinary doctor in Hyderabad, Telangana Home Minister Mohammed Mahmood Ali on Friday said that if the victim would have called the police and not her sister, she could have been saved.

Terming the incident unfortunate, he said that despite being educated, she didn't dial the police for help.

"We're saddened by the incident. Crime happens but police is alert and controlling it. Unfortunate that despite being educated, she called her sister and not '100'. Had she called 100, she could've been saved," Mahmood Ali was quoted by news agency ANI as saying.

#WATCH Telangana Home Min on alleged rape&murder case of a woman veterinary doctor: We're saddened by the incident,crime happens but police is alert&controlling it. Unfortunate that despite being educated she called her sister&not '100',had she called 100 she could've been saved. pic.twitter.com/N17THk4T48

The burnt body of the veterinary doctor was found on Thursday at an underpass in Shadnagar outskirts in Telangana's Ranga Reddy district. After the preliminary probe, the police suspect that she was sexually assaulted before being charred to death.

She had left her house on Wednesday night to attend her duties at a veterinary hospital. While returning home, she called her sister and informed that her two-wheeler had broken down and somebody had offered to help her. They had promised to take her vehicle for repair. Her sister, however, had advised her to leave the vehicle and go to the toll plaza and return home by a cab. However, when she later called her back, her mobile phone was switched off.

The family lodged a missing complaint with the police around 11 pm.

According to the police, the victim was gangraped and murdered near the Tondupally toll plaza in Shamshabad while her body was dumped and burnt 25 km away at the Chatanpally Bridge in the Ranga Reddy district.

During the investigation, her sister told the police that she felt that the doctor was feeling threatened by some truck drivers standing nearby.

In their statement, the police said the accused deliberately punctured the tyre of the deceased's vehicle. Later, they approached the girl and offered her help. The girl was then abducted by the group of four, who then took her to a nearby stranded area and forced themselves upon her.

Notably, the Hyderabad Police on Friday arrested at least four suspects - a lorry driver, a cleaner and two others - in connection with the case.

The brutal case has evoked a strong reaction from the Central Government, which has sought the most stringent action against the culprits.

Union MoS G Kishan Reddy said that he was speaking to state government and police to get culprits capital punishment, adding "It's a matter of grave worry that a woman was subjected to such brutality. We'll give sufficient assistance from Centre where needed."

Meanwhile, after severe backlash, minister Mahmood Ali issued a clarification over his statement and said that he is "deeply saddened" with the incident and sought stringent punishment against the culprits.

"I'm deeply saddened by the mishap. She was like my own daughter. Stringent punishment will be given to culprit. When I met her parents, tears rolled down my eyes as well," he saoid.