Hours ahead of the Ram Temple 'Bhumi Pujan' in Ayodhya, Union Law Minister Ravi Shankar Prasad, who has been a long-standing lawyer of the Ram Lalla deity, on Wednesday shared an original document of the Constitution. 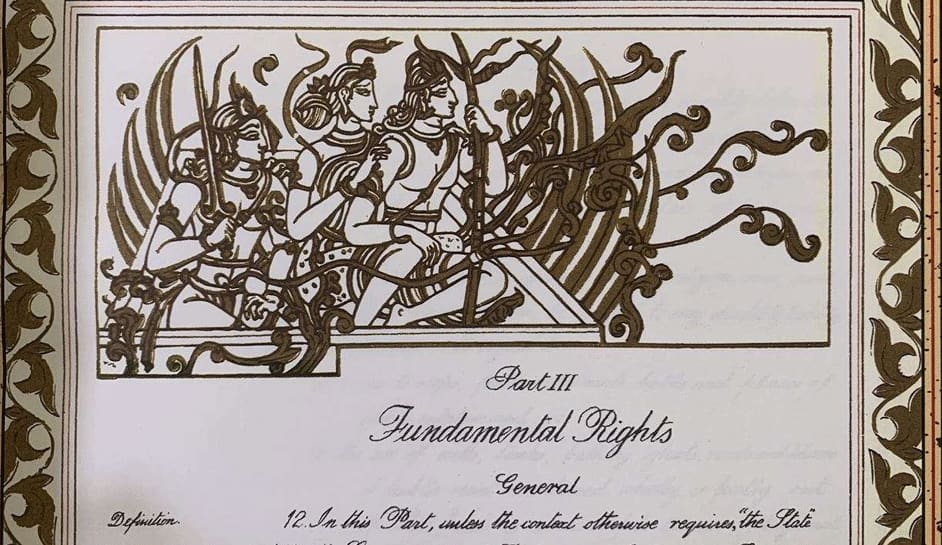 NEW DELHI: Hours ahead of the Ram Temple 'Bhumi Pujan' in Ayodhya, Union Law Minister Ravi Shankar Prasad, who has been a long-standing lawyer of the Ram Lalla deity, on Wednesday shared an original document of the Constitution.

Prasad took to Twitter and said, "Original document of the Constitution of India has a beautiful sketch of Lord Ram, Mata Sita and Laxman returning to Ayodhya after defeating Ravan. This is available at the beginning of the chapter related to Fundamental Rights. I felt like sharing this with you all."

Original document of the Constitution of India has a beautiful sketch of Lord Ram, Mata Sita and Laxman returning to Ayodhya after defeating Ravan.
This is available at the beginning of the chapter related to Fundamental Rights.
Felt like sharing this with you all.#JaiShriRam pic.twitter.com/jCV9d8GWTO 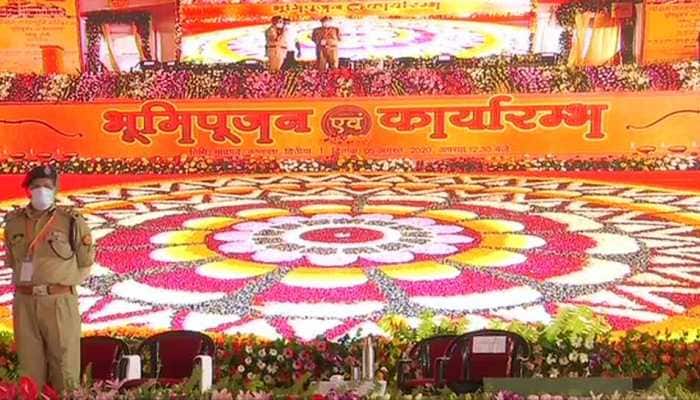 The Union Minister and Bihar BJP leader also termed the day as a day of India's self-respect. Prasad had represented 'Ram Lalla', a petitioner in the Ayodhya title suit which was decided in September 2010 by the Allahabad High Court. The court had ordered the disputed site to be equally distributed among the claimants.

Prasad, a persuasive debater on news television came to be known as Lord Ram's lawyer. After the Supreme Court gave its verdict, where lawyer K. Parasaran led the argument for Ram Lalla, Prasad had called it a "historic verdict".

Prime Minister Narendra Modi on Wednesday (August 5, 2020) performed the ground-breaking ceremony during which he laid the foundation stone for the construction of a grand Ram Temple in the holy town of Ayodhya.

Today’s ‘bhoomi pujan' of a Supreme Court-mandated Ram temple in Ayodhya brought to fruition the BJP's ‘mandir' movement that defined its politics for three decades and took it to the heights of power.

The guest list, including religious leaders who formed part of the movement that started in the 1980s, was restricted to 175 in view of the COVID-19 crisis.

As a priest chanted Sanskrit ‘shlokas' and the ground-breaking ceremony got underway under a giant marquee decorated in shades of reds and yellows, PM Modi and the other dignitaries, all in masks, maintained social distancing and sat a safe distance away from each other.

Slogans of ‘Bharat Mataki Jai' and ‘Har Har Mahadev' went up as the ritual ended and the Prime Minister laid the foundation of the temple.

Bhajans and ‘shlokas' were heard as the town, festooned with marigold flowers and yellow and saffron flags, celebrated the beginning of the construction of a grand Ram temple. Roads leading to Ayodhya were adorned with hoardings of the proposed temple and of Ram Lalla, the infant Ram, the deity now housed in a makeshift temple.