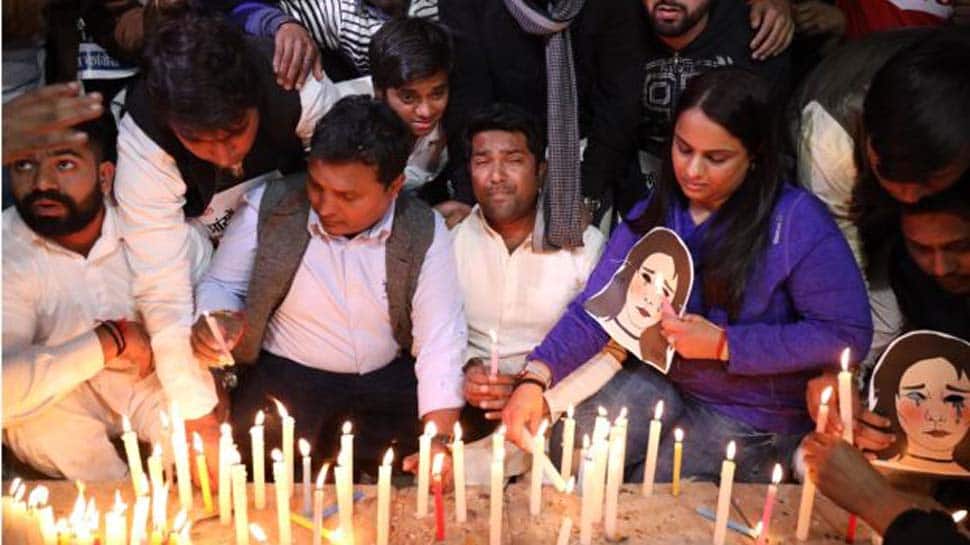 The last rites of Unnao gang-rape victim who died late on Friday (December 6) after being set on fire by five people, including two of her alleged rapists, on December 5, will be held on Sunday (December 8) at her village. Sources told Zee Media that security has been beefed up in the village ahead of the cremation of 23-year-old woman who succumbed to burn injuries at Delhi's Safdarjung Hospital on December 6.

Talking to Zee Media, the family of the deceased said that they want to meet Uttar Pradesh Chief Minister Yogi Adityanath as they want to talk to him. Senior government officers, including the District Magistrate and Superintendent of Police, have asked the sister of the victim to meet CM Yogi in Lucknow but she has refused to visit Lucknow demanding that the CM should meet them at their home in Unnao. The victim's sister has refused to take the mortal remains for cremation. The family members added that they do not want money and demanded that the culprits should be hanged for killing the rape victim.

Maurya said that the Yogi Adityanath-led government in the state will take every step possible to help the girl's family and will ensure quick action against the culprits.

Earlier in the day, Samajwadi Party leader and former Chief Minister of Uttar Pradesh Akhilesh Yadav sat on a 'dharna' outside the state Vidhan Sabha in protest against Unnao rape case. Akhilesh was accompanied by two senior ministers of his party - Naresh Uttam Patel and Rajendra Chaudhary in the dharna.

Congress leader Priyanka Gandhi Vadra visited the victim's family and expressed anger over the incident. Talking to media after meeting the family, Priyanka hit out at the Uttar Pradesh government claiming that law and order in the state has deteriorated completely. "It is a failure of all of us that we could not give her justice. Socially, we are all guilty, but it also shows the law and order situation in Uttar Pradesh," she said.

The Unnao rape victim was set ablaze on Thursday by five men near her village when she on her way to a court hearing in Uttar Pradesh. The rape victim had suffered over 90 per cent burn injuries.