UP govt to deploy helicopters, set up 24-hour control room ahead of Ayodhya verdict

The Uttar Pradesh government is all set to deal with any untoward situation that might arise in the aftermath of the verdict in the Ram Janmabhoomi-Babri Masjid land dispute case in Ayodhya. 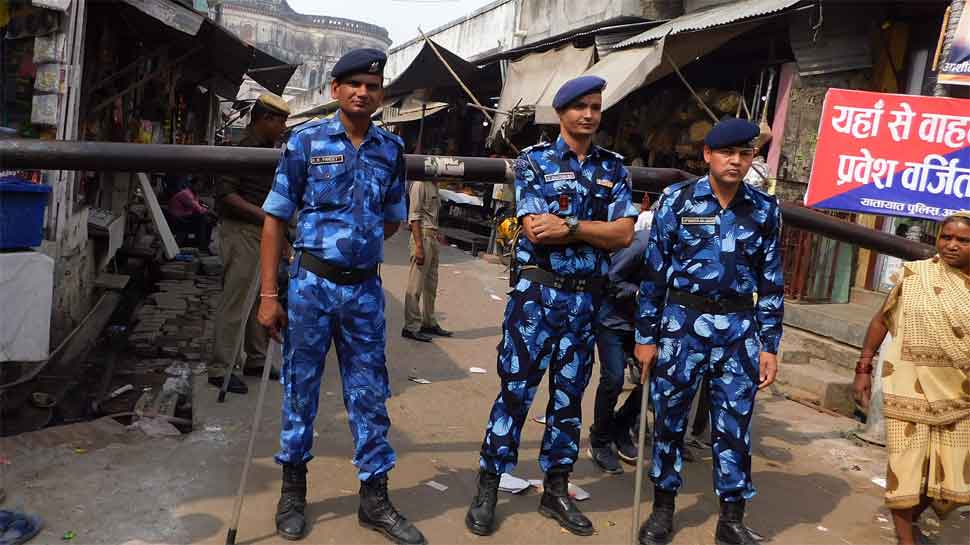 Lucknow: The Uttar Pradesh government is all set to deal with any untoward situation that might arise in the aftermath of the verdict in the Ram Janmabhoomi-Babri Masjid land dispute case in Ayodhya.

The verdict in the case is expected to come before the retirement of Chief Justice of India Ranjan Gogoi on November 17, and a  foolproof security plan has been devised for the temple town to avoid any untoward situation. The Uttar Pradesh government will deploy helicopters on stand by in the temple town Ayodhya and capital Lucknow, in case a need arises on the day of the verdict.

Ahead of the Supreme Court verdict, UP Chief Minister Yogi Adityanath on Thursday held a video conference with all the District Magistrates and senior officials directing them to crack down on those trying to disrupt peace. He directed the officers to operate a 24*7 master control room to keep a tab on the situation at all times. Further, control rooms will be set up in every district of the state to monitor the situation.

SSP District Magistrates have been asked to remain in touch will leaders of all faiths linked in the matter. "Increase foot patrolling and hold peace committee meetings. Spread awareness about 'dial 112' and take strict actions against those trying to disrupt peace in the state," Adityanath said.

The chief minister also directed the officials to stay alert and pro-active at all times and the peace committee must hold meetings at all times.

The holy town will be converted into a high-security camp prior to the apex court's verdict on the Ram Janmabhoomi-Babri Masjid land dispute. A total of 153 companies of security forces, comprising of central police forces, Provincial Armed Constabulary (PAC), Rapid Action Force (RAF) and Uttar Pradesh Police will be deployed in Ayodhya. Of these, a large number of security forces have already started reaching the city.

The administration has also been directed to built temporary jails at different places in Ayodhya to check the sudden rush of people heading towards the temple town. UP Chief Minister Yogi Adityanath held a meeting with all the district magistrates, SSPs, through video conferencing to review the law and order situation in the state ahead of the Ayodhya verdict. The meeting was also participated by the Chief Secretary, DGP and senior officials of the state.

The administration has made a three-tier security arrangement for the temple town in view of the Ayodhya verdict. The first phase was implemented from October 15, the second phase has been implemented from November 1, while the third phase will come into force a few days before the verdict.

Earlier, the Union Ministry of Home Affairs has also sent an advisory to all states to remain alert. A senior MHA official requesting anonymity said that a general advisory has been sent to all states and Union Territories asking them to remain alert and deploy adequate security personnel in all sensitive places and ensure that no untoward incident takes place anywhere in the country.

On October 17, a five-judge bench of the Supreme Court had concluded the hearing in the dispute case over the ownership of 2.77 acres of land in Ayodhya district in Uttar Pradesh and reserved its verdict.