NEW DELHI: Uttar Pradesh witnessed the highest number of maternal deaths at 12,340 in 2015-2017 (mid-year 2016) followed by Bihar which recorded 4,900 maternal deaths and Madhya Pradesh at 3,740 maternal deaths, according to the Sample Registration System Bulletin-2016 released on Friday.

According to the SRS bulletin released by the Office of the Registrar General recently,  India has marked a significant decline of 26.9 per cent reduction in Maternal Mortality Ratio (MMR) since the year 2013. 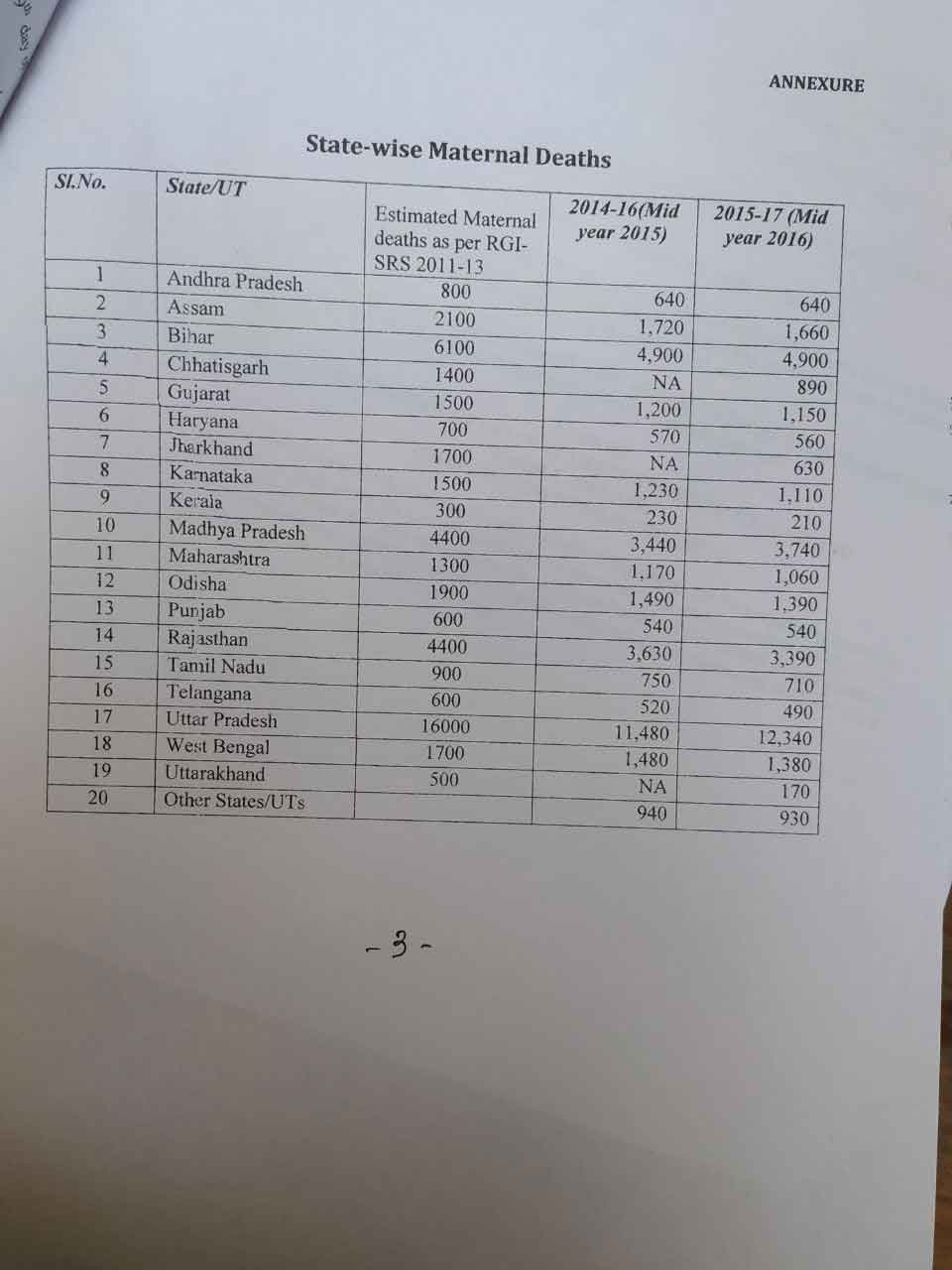 Maternal Mortality Ratio (MMR) is defined as the number of maternal deaths per 100, 000 live births due to causes related to pregnancy or within 42 days of termination of pregnancy, regardless of the site or duration of pregnancy.

UNICEF India has credited the promising decline in maternal deaths to key government interventions such as the Janani Shishu Suraksha Karyakaram (JSSK) scheme which encompasses free maternity services for women and children, a nationwide scale-up of emergency referral systems and maternal death audits, and improvements in the governance and management of health services at all levels.