UP STF brings gangster Vikas Dubey to Kanpur by road, to produce him at Mati court at 10 am

Dubey will be first taken to UP STF office and then will be produced before the court at 10 am today. 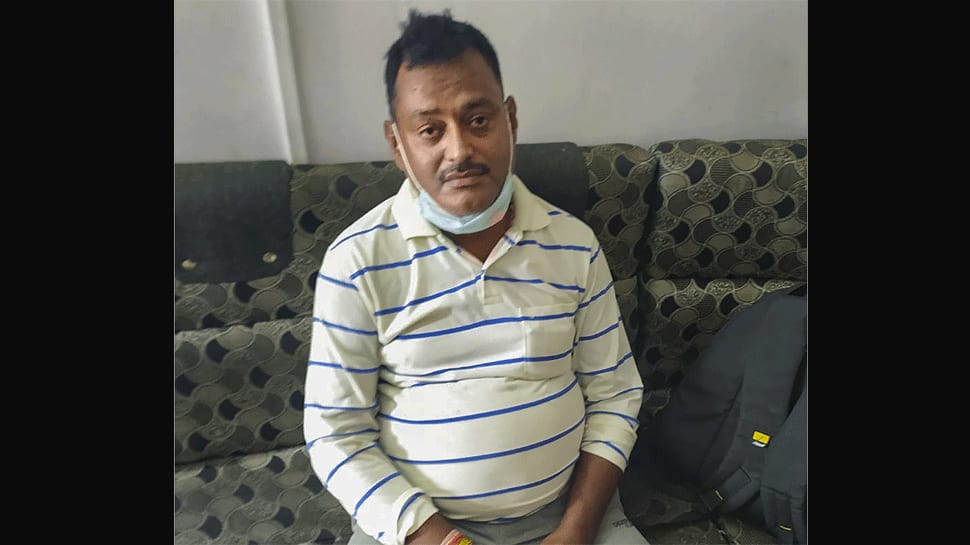 Lucknow: Uttar Pradesh Special Task Force (STF) team along with Kanpur encounter accused Vikas Dubey, who was arrested in Ujjain after on Thursday reached Kanpur by road on Friday (July 10). He will be first taken to UP STF office and then will be produced before the court at 10 am today.

The UP STF team left for Kanpur from Madhya Pradesh's Ujjain at 6 pm on Thursday. The distance of 600 kilometres from Ujjain to Kanpur was travelled on the car. A convoy of 13 cars of the UP STF was seen crossing Kanpur toll plaza on Friday morning.

According to reports, the gangster may also be taken to the crime spot at Kanpur's Bikru village where the STF team will recreate the crime scene.

A notorious gangster and wanted in almost 60 cases, Dubey was arrested six days after his men murdered at least eight policemen who had gone to arrest him in his Bikru village near Kanpur. On Thursday morning, he was overpowered by guards of a private security agency on the premises of the Mahakaleshwar temple in Madhya Pradesh's Ujjain. He was then taken to the police station, where his identity was established.

Later in the day, a team of the UP Police Special Task Force (STF) reached Ujjain, and was given the custody of Dubey.

Dubey had been on the run since the night of July 2-3 when police had tried to raid his village, Bikru, near Kanpur. Since then, UP Police have shot dead five of his close associates, including his personal bodyguard and an associate who had been with him for the first few days after the killing of the eight policemen.