Uttar Pradesh: BJP to deploy one senior leader in each Assembly seat

Uttar Pradesh will witness the heavy deployment of senior leaders, which include BJP MPs and senior leaders in the coming months, who will oversee the organisational activities at the assembly level. 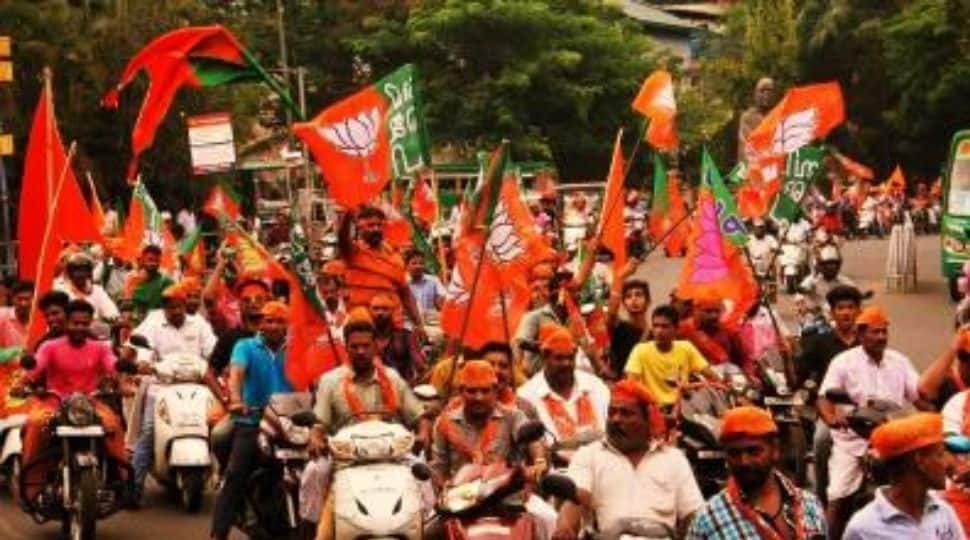 Lucknow: The Bhartiya Janata Party will be deploying one senior leader in each assembly constituency of Uttar Pradesh to oversee the party`s poll affairs. The UP Assembly polls will be held early next year.

These leaders will oversee, coordinate and execute party strategy on the ground at the assembly level.

Sources said that Uttar Pradesh will witness the heavy deployment of senior leaders, which include BJP MPs and senior leaders in the coming months, who will oversee the organisational activities at the assembly level.

"The BJP has large numbers of senior leaders having experience of contesting polls or who had successfully guided workers in polls. Experience of these senior leaders will be used in the next year`s Uttar Pradesh assembly polls," sources said.

Another saffron party leader pointed out that the BJP has leaders with experience of contesting elections at national and state level or managing polls and there is nothing wrong in using their experience.

"One senior leader is likely to be assigned one assembly segment. Leaders from other states will be also sent to Uttar Pradesh for the purpose and they will coordinate and oversee party work at their respective assembly seat," sources said.

A party insider said these leaders include union ministers, Parliamentarians from Uttar Pradesh and ministers from BJP ruled states, senior leaders having organisational experience will be assigned the responsibility to oversee the party activities at ground level.

It is learnt that one leader will be given the responsibility of one assembly constituency and other senior leaders will be overseeing the cluster of four or five assembly segments.

During the recent West Bengal Assembly polls, UP Deputy Chief Minister Keshav Prasad Maurya was given the responsibility of overseeing polls in a few Lok Sabha seats along with several union ministers, ministers from party ruled states, and senior leaders.

BJP Uttar Pradesh general secretary (organization) Sunil Bansal was also given the responsibility of overseeing poll activities during West Bengal polls in one of the five zones.

A senior functionary said that role and responsibilities of senior leaders will be decided in the coming days.

"These senior leaders will be more focused on organisational work and they manage backroom activities in their respective area or constituency," he said.