As per the NDRF DIG, Nainital, Almora, Champawat and Udham Singh Nagar are the most affected districts by heavy rains in the state. 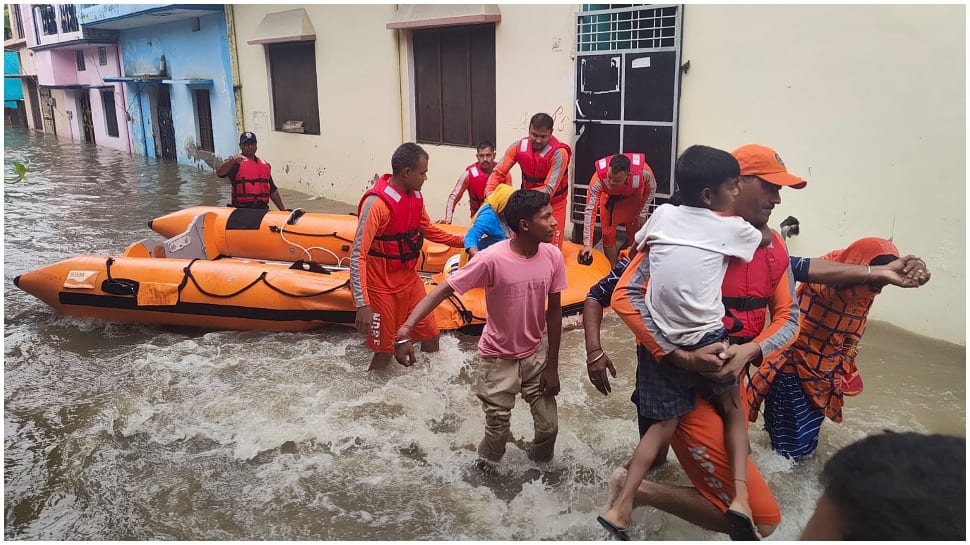 Talking to ANI, Shahed informed that as many as 1,300 people had been evacuated and taken to safe places acorss the state, while 46 people have lost their lives.

"A total of 17 teams of NDRF are carrying out rescue and relief operations in Uttarakhand, which includes teams from Delhi, Dehradun, two teams from Uttar Pradesh and six teams which were already deployed in the state as a part of pre-Monsoon deployment. 1,300 people have been evacuated and carried to safer places," said Shahedi while talking to ANI.

As per the NDRF DIG, Nainital, Almora, Champawat and Udham Singh Nagar are the most affected districts by heavy rains in the state.

"As per information from the state, 46 people have lost their lives so far, 15 people have been injured will nine are still missing. About 20-25 houses have been completely damaged," added the DIG.

The continuous rainfall in the hilly state has witnessed flooded roads, buildings and an overflowing lake leaving people stranded in all sorts of locations.

The death toll in rain-battered Uttarakhand has mounted to 46 following several incidents of flash floods and landslides in the past few days.

He said that the State Disaster Response Force (SDRF), local forces are cooperating with NDRF and the Indian Air Force (IAF) helicopters are also being utilised in rescue and relief operations.

Speaking about the rescue and relief operations in Kerala, Shahedi said that 11 teams of NDRF are also on-ground in the rain-affected state for relief and rescue operations.

"Situation is normal in Kerala, but damage was caused in Kottayam and Idukki districts and 23 people lost their lives in these districts. Trapped people have been evacuated. NDRF is in the state as a precautionary measure as water is being released from dams at some places. In case of any calamity, the situation will be monitored," he added.

According to official estimates, heavy rains in Kerala have claimed the lives of 27 people. Of these, 14 deaths were reported in the Kottayam district, 10 in the Idukki district, and one each in Thiruvananthapuram, Thrissur and Kozhikode districts.

Lord Buddha's teachings are inspiration for India to be self-reliant: PM Narendra Modi