Vishal's lawyer said that the CCTV footage aired by Zee News changed the direction of the case. 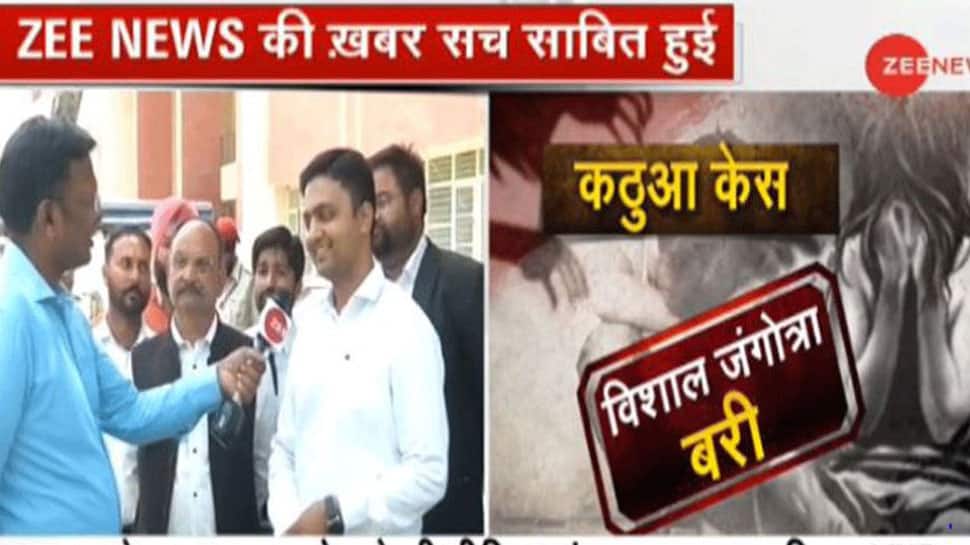 The lawyers of Vishal Jangotra, who was acquitted on Monday by a special court in Pathankot in the Kathua rape-murder case, have thanked Zee News and its flagship show DNA. Vishal's lawyer Vikrant Mahajan and HS Pathania said that if Zee News Editor-in-Chief Sudhir Chaudhary had not shown CCTV footage of the ATM when Vishal was withdrawing money in his show DNA then the world had never known the truth of the case. They added that the CCTV footage aired by Zee News changed the direction of the case.

Talking to Zee News, Vishal's lawyer Vikrant Mahajan said that Jammu and Kashmir Police Crime Branch had told the court that the Digital Video Recorder (DVR) they had taken from the bank and Vishal's college were empty. But Zee News Editor-in-Chief Sudhir Chaudhary succeeded in getting the CCTV footage of the ATM from the same DVR and also brought out the truth of this case before the world.

Vishal's another lawyer HS Pathania told Zee News that the role played by the channel and DNA in this case was praiseworthy. He added that Zee News submitted the CCTV footage as evidence before the court and also sent its staff to testify in the court. He remarked that Vishal was made an accused in this case by the police without any solid evidence. Pathania also said that the police put pressure on the college where Vishal used to study to testify before the court that he had not appeared in the examination.

Pathania said that Vishal got acquitted in this case only due to Zee News and the CCTV footage which was made available by the news channel. He said that throughout the hearing of the case they were trying to prove that Vishal was in Uttar Pradesh's Muzaffarnagar when the incident took place. Pathania added that police were trying to implicate Vishal in this case by trying to prove that the DVR was empty but Zee News Editor-in-Chief Sudhir Chaudhary demolished police's claim by airing the CCTV footage of ATM at Meeranpur in Uttar Pradesh. Pathania once again thanked Zee News for bringing out the truth in this case.