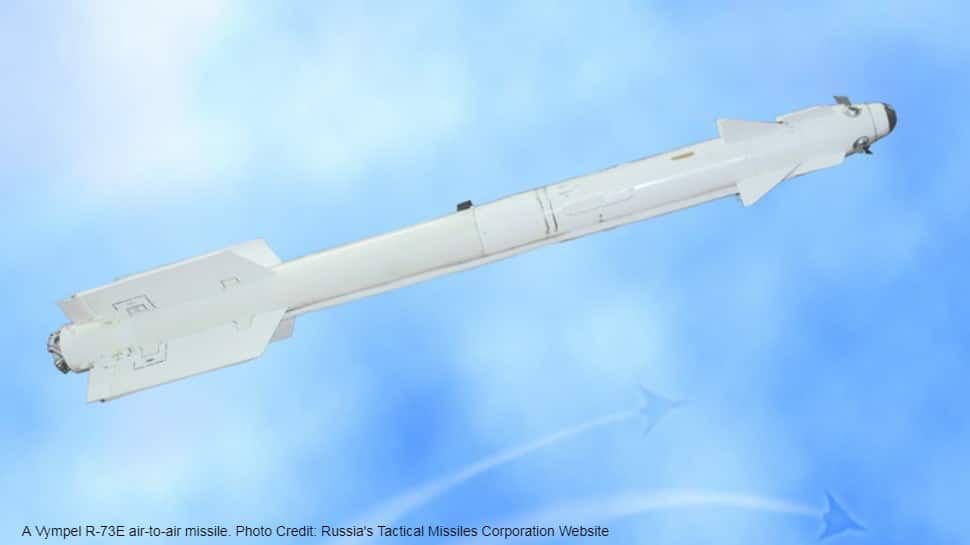 Vympel R-73E (extended range) air-to-air guided missile is a weapon which will soon be acquired by the Indian Air Force (IAF) and fitted on its frontline Sukhoi Su-30 MKI fighters. The $215 million deal between India and Russia for about 300 Vympel R-73E missiles was signed on Monday. The R-73E missile, which can annihilate an aerial target 30 kilometres away with its 8-kilogramme rod warhead, was developed to be fitted on MiG and Sukhoi combat aircraft.

With a cryogenic cooled seeker, the R-73E air-to-air missile is basically a short-range and close air combat weapon. The missile is capable of targeting enemy fighters, bombers, attack, military transport aircraft and even unmanned aerial vehicles (UAVs) from any direction as well as during the day and night. The R-73E can evade enemy active countermeasures to track and hit the target.

It is a fire-and-forget missile with an all-aspect Infrared passive homing head with high agility which is the result of unique combined gas/aerodynamic control system with thrust vector. Powered by a one-mode solid-fuel rocket engine, the R-73Ehas a radar proximity fuse/target sensor. The missile can hit targets flying at speeds up to 2,500 kilometres per hour and at altitudes of 20 metres to 20 km.

According to Rosoboronexport, Russia's only agency for exports and imports of defence-related products, the Vympel R-73E missile can be configured to arm foreign-made fighter aircraft too.

IAF's MiG-21 Bison, MiG-29 UPG and Sukhoi Su-30 MKIs can carry the R-73E missile for a close-range dogfight with enemy aircraft. During the aerial combat on February 27, 2019, IAF Wing Commander Abhinandan Varthaman flying a MiG-21 Bison had shot down a Pakistani Air Force F-16 Fighting Falcon using an R-73 missile. The IAF has also managed to mate the R-73 missile with Mirage 2000, the French fighter in its arsenal.