"Take me as your elder brother, please don't put your lives at risk and please return to safety." 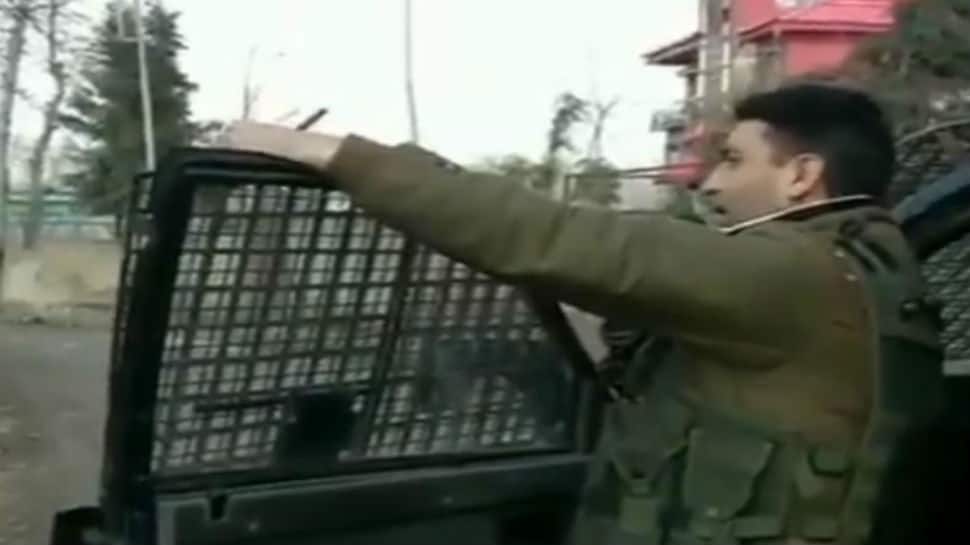 With unconfirmed reports of stone-pelting coming in from several parts of Jammu and Kashmir, local cops have been working overtime to ensure locals do not break law and order and don't hinder security operations in the state.

The situation in Pulwama district is especially tense.

40 CRPF personnel were martyred in a terror attack here in Awantipora last Thursday while security forces engaged in a gun battle with terrorists on Monday in Pinglan. Cops here have been appealing to locals to remain in safer locations. In a video released by news agency ANI, an unidentified cop can be heard imploring agitating locals to stay safe. "The area is not clear as there are procedures being carried out. Please return for the sake of your own safety.  I am requesting you," he can be heard saying through a megaphone. "As your elder brother, I am conveying to you, I am cautioning you. There are people back home waiting for you. Your lives are extremely precious. You all have your entire lives ahead of you."

In the video, sloganeering from the gathered people can be heard although the words are unclear.

#WATCH Police in #Pulwama appeals to locals to leave the site of Pulwama encounter. Four 55 Rashtriya Rifles personnel have lost their lives & one injured and two terrorists neutralised in the ongoing operation. (Visuals deferred by unspecified time) #JammuAndKashmir pic.twitter.com/q2X13OitXX

While security forces in Jammu and Kashmir are extremely sensitive to the safety of local people, their task is often extremely difficult because some elements are known to incite crowds.

In the aftermath of recent developments in the state, J&K Governor Satya Pal Malik had instructed top police officials to show no mercy to those indulging in violence, arson or rumour mongering. Even then, cops have been showing extreme restraint - an example of their humane face in the line of duty and danger.