We are Indians, caste and religion doesn't exist for us, says CRPF officer

The force had earlier issued advisories cautioning people against "fake pictures" being circulated online of body parts of the slain men and bogus messages being shared in the backdrop of harassment of Kashmiri students in various places in the country after the terror attack. 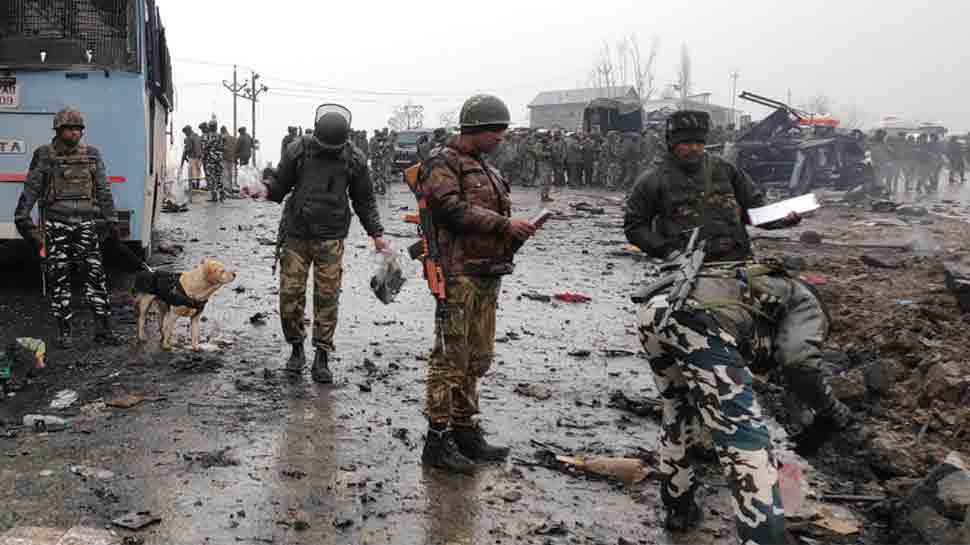 New Delhi: "We in CRPF identify ourselves as Indians... Caste and religion do not exist," the world's largest paramilitary force said through its chief spokesman's Twitter handle on Friday.

Peeved at a media news report that gave the caste break-up of the 40 personnel killed in the Pulwama attack, CRPF's chief spokesman and Deputy Inspector General (DIG) M Dhinakaran tweeted, "We in CRPF identify ourself as Indians. Not more, not less. This pathetic divisiveness of caste, colour, and religion doesn't exist in our blood."

He also said that such reports "should strictly refrain from insulting all the martyrs as they are not statistics for your demeaning and meaningless write-up".

The force had earlier issued advisories cautioning people against "fake pictures" being circulated online of body parts of the slain men and bogus messages being shared in the backdrop of harassment of Kashmiri students in various places in the country after the terror attack.

The over 3 lakh personnel force is the country's lead force for internal security duties.

The bus was part of a convoy of 78 vehicles carrying Central Reserve Police Force (CRPF) personnel from Jammu to Srinagar.

The Jaish-e-Mohammad claimed responsibility for the attack.

In the aftermath of the attack, India already withdrew the status of Most Favourable Nation (MNF) to Pakistan.

"The construction of the dam has started at Shahpur- Kandi on Ravi river. Moreover, UJH project will store our share of water for use in J&K and the balance water will flow from 2nd Ravi-BEAS Link to provide water to other basin states," he said in another tweet.

In a statement, the Paris-headquartered Financial Action Task Force (FATF) said Pakistan should continue to work on implementing its action plan to address its strategic deficiencies, including by adequately demonstrating its proper understanding of the terror financing risks posed by the terrorist groups and conducting supervision on a risk-sensitive basis.

"The FATF notes with grave concern and condemns the violent terrorist attack last week that killed at least 40 Indian security forces in Pulwama in the State of Jammu and Kashmir," it said after the week-long FATF plenary held in Paris.