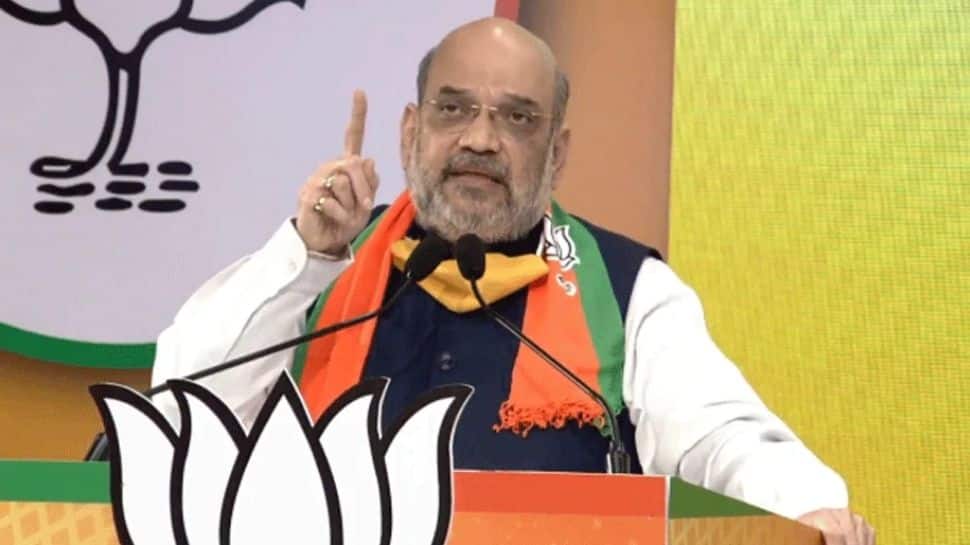 The Home Minister will address three roadshows, one public gathering and two town hall meetings in the state. The senior BJP leader will carry out a roadshow in Santipur at 12:20 PM. The second roadshow will be held in Ranaghat Dakshin at 1:30 PM.

Shah will then address a public meeting in Basirhat Dakshin at 3:40 PM, while the fourth event will be a roadshow in Panihati at 04:25 PM. Post that, the Home Minister is slated to address two town hall meetings.

One Town Hall Meeting will be organized in Kamarhati at 5:30 PM. While at 7:00 PM, he will carry out another town hall meeting in Rajarhat Gopalpur.

The fourth phase of voting concluded for 44 constituencies on Saturday with 76.16 per cent voter turnout recorded till 6 pm, as per the Election Commission data.

The fifth phase of West Bengal elections for 45 assembly seats will be held on April 17. The eighth and final round of elections is scheduled for April 29. The counting of votes will take place on May 2.